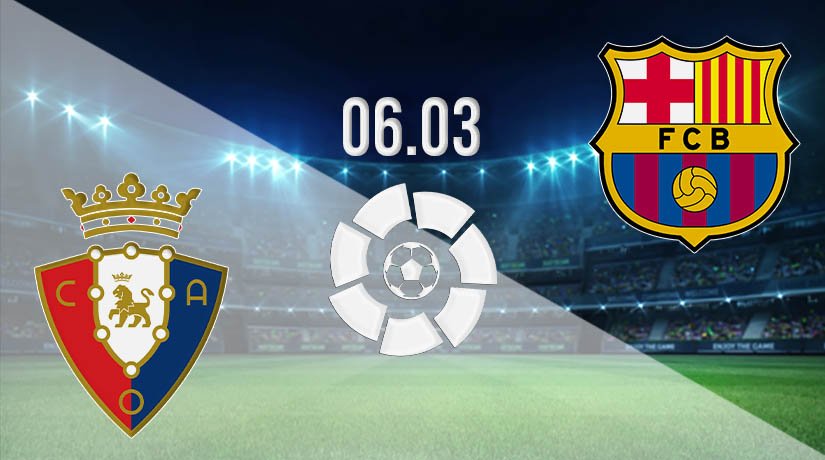 Barcelona remain in the hunt for the La Liga title this season despite being written off by many experts throughout the season. However, they will need to pick up three points away from home at Osasuna to maintain their challenge.

It’s fair to say that this season hasn’t gone to plan for Barcelona, as the club’s performances on the pitch have done little to take away the huge stories taking place off the pitch centring around their presidential race and the long-term future of Lionel Messi. However, they remain in with a chance of winning the league title this season, as there are just five points separating themselves and Atletico Madrid after 25 games played. It is a strange position that they find themselves in though, as a run of patchy results could see them drop down the league standings, as they are level on points with Real Madrid and just five points clear of Sevilla, who are in fourth place. Barcelona will come into this game against Osasuna in decent form, as they have won their last two league matches. They beat Sevilla last weekend 2-0, with Lionel Messi and Ousmane Dembele scoring the goals.

Osasuna are also in decent form too, as they are picking up wins on a consistent basis at present. They have won four of their last six, which includes the win that they picked up last weekend against Alaves. It was a solid performance by Osasuna on the road in that game, but they needed to wait until the 77th minute to go ahead, as Kike Barja scored the only goal of the game. This will be a different challenge for them against Barcelona, but their form will give them confidence that they could get something from the game.

Osasuna vs Barcelona Head To Head

Barcelona have a good record against Osasuna away from home, as they haven’t lost on the road to their opponents this weekend since February 2012. However, Osasuna have recent beaten the Catalonian giants, as they picked up a famous win against Barcelona at the Nou Camp in July 2020.

Osasuna have recent good results against Barcelona and have been in good form, but it’s hard to look past the form that Ronald Koeman’s side are in at present. We expect them to get a third straight league win on Saturday.

Make sure to bet on Osasuna vs Barcelona with 22Bet!