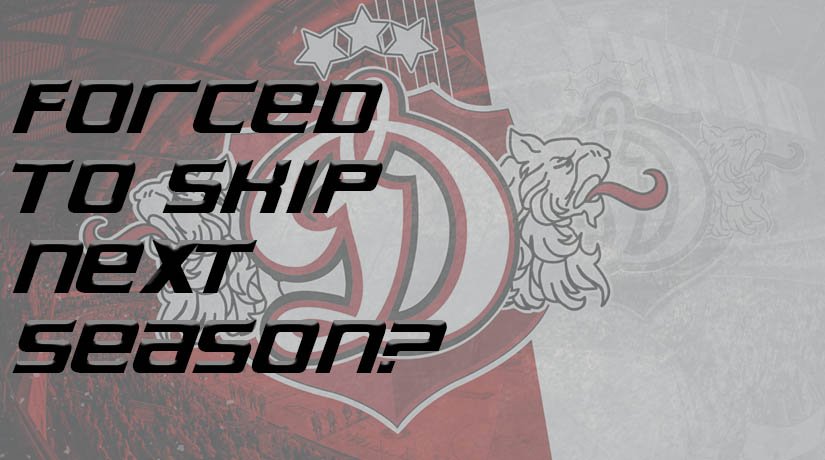 Opinion: Dinamo Riga (KHL) May Be Forced to Skip Next Season

According Russian media reviewer Dmitry Jerikalov, Dinamo Riga may be forced to skip the next KHL season. It is already June, the first month of operation of the KHL free-agent market, and team rosters are already 90% complete, but the Latvian team is yet to find itself a head coach. At the moment, no one can guarantee that Dinamo Riga won’t face the same fate as Admiral Vladivostok who will won’t be able to compete next season.

“The coronavirus pandemic is slowing down many processes,” Jerikalov commented, “but the fact that two KHL clubs still do not have a head coach at the beginning of June is difficult to explain by global illness. As usual, the free-agent market has 90% newcomers, but how can a team be formed if the head coach is not known?”

Dinamo Riga is not the only KHL team currently without a head coach. Nur-Sultan Barys has also failed to find a general for its troops. What makes Nur-Sultan’s position different from Riga’s is that several essential players have already been signed by the Kazakh club. This is not the case with Dinamo Riga.

“Last month, Dinamo has not received any new gains. It is not clear how generous next season’s funding will be. One of KHL’s poorest teams could be crushed to unworthy proportions. Against this background, the absence of Dinamo head coach no longer looks so surprising,” admits the reviewer, who calls the team hopeless KHL outsiders.

Several sources say that Dinamo Riga management is currently deciding between Vyacheslav Kozlov and Peteris Skudra (the current head coach of Traktor Chelyabinsk) for the job. Hiring Russian coach Kozlov would be cheaper, but Latvian specialist Skudra has more experience.

Riga Dinamo currently finds itself in a six season long KHL playoff drought. The club finished this spring in the penultimate place of the tournament table.

We will keep you updated as the situation develops.