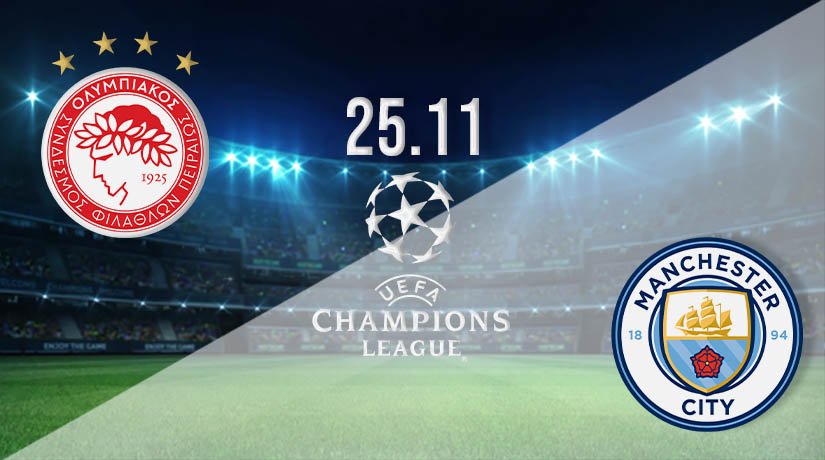 Manchester City resume their quest for Champions League glory in Greece on Wednesday evening when travelling to Group C rivals Olympiakos. The English Premier League side have never won the Champions League despite starting as the favourite in the last few years. Will this be the season Pep Guardiola finally guides his Cityzens to the top of European football? Fans certainly hope so.

Olympiakos remain in the running

Olympiakos are third of four in the list with three points on the board after winning one and losing two of their first three outings. The Greek side have scored only once to date, already conceding five goals and that offers encouragement to followers of their opponents here. Despite that poor start, the hosts remain in the running for a top-two finish, Porto in second currently three points ahead.

They did lose at Porto on matchday two before going down to Manchester City at the Etihad Stadium when last on Champions League duty. That was a game they were expected to take nothing from and there were no surprises in the final score with Cityzens winning 3-0.

Man City on a winning run

Manchester City breezed past Olympiakos earlier this week with the goals scored by Torres, Gabriel Jesus, and Cancelo. It is worth noting, however, that two of those three goals came in the final nine minutes of the match. The victors were made to work a little harder than the bare result suggests but they will feel they have the measure of Olympiakos now.

That was Man City’s third Champions League win in three and they are within touching distance of the next round. Since beating Olympiakos, the visitors have drawn with Premier League champions Liverpool 1-1 at the Etihad Stadium before losing 2-0 in London against Tottenham. Too poor results for a team chasing the title.

Olympiakos held their own against Man City in England for large periods of the game and will be confident in doing the same in Greece. Man City know victory here would be enough to secure them a top-two finish and they are good enough to get it.

Make sure to Olympiakos vs Man City with 22Bet!