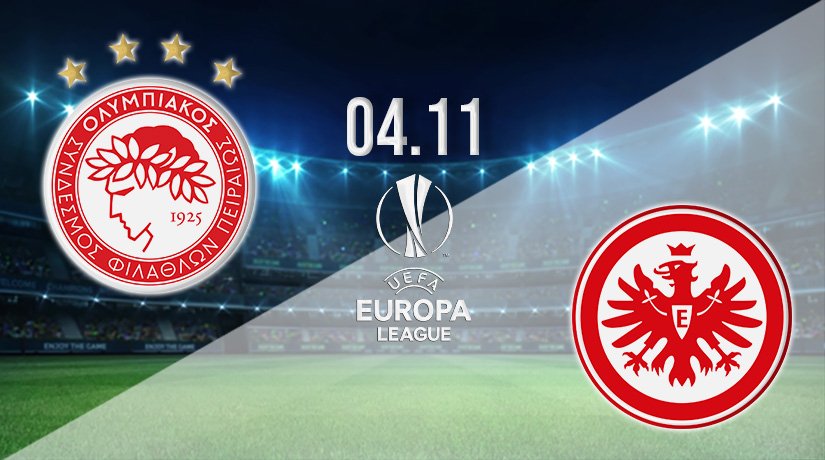 The top two in Group D square off on matchday four in the Europa League on Thursday evening. A win for either side will likely give them a huge chance of making it through to the next round of the competition.

Eintracht Frankfurt have the narrow advantage coming into this matchday four fixture, as the German side are top of the standings in Group D, having won seven points from a possible nine. Olympiacos are just behind them though, as they could move to the top with a win in Greece.

Frankfurt will feel as though they have an excellent chance of progressing for this competitive Group D should they avoid defeat on the road on Thursday. The Bundesliga club have won seven points to this point, and have scored five goals. They have the best defensive record in the group, having allowed just two.

Their best performance in the group stages came in their last outing, as they beat Olympiacos 3-1 in Frankfurt. Rafael Santos Borre scored the opening goal after 26 minutes from the penalty spot, while Almamy Toure doubled the lead in the second minute of injury time at the end of the first half. Daichi Kamada extended the lead further in the second period.

BET ON OLYMPIACOS VS EINTRACHT WITH $100 BONUS

Olympiacos are by no means out of the race for the automatic qualifying spot after that defeat, as they are still in second, just one point behind the German giants. The Greek side had won their previous two before that defeat. However, their defensive record will need to improve, as no other side have conceded more goals in the Group D.

Olympiacos still had bright moments despite their defeat in Frankfurt, as they had levelled the scores earlier in the second half through Youssef El-Arabi before the hosts pulled clear.

The Greek hosts will be looking to avoid a piece of unwanted history this week. They have never previously lost back-to-back games in the Europa League. Meanwhile, Frankfurt lost in their last game in Greece against PAOK Salonika in the 1981-82 season.

Cases can be made for both Frankfurt and Olympiacos winning this game. However, the visitors come into the game in good form, and could maintain their excellent recent performances by picking up a huge win in the battle for top spot.

Make sure to bet on Olympiacos vs Eintracht Frankfurt with 22Bet!