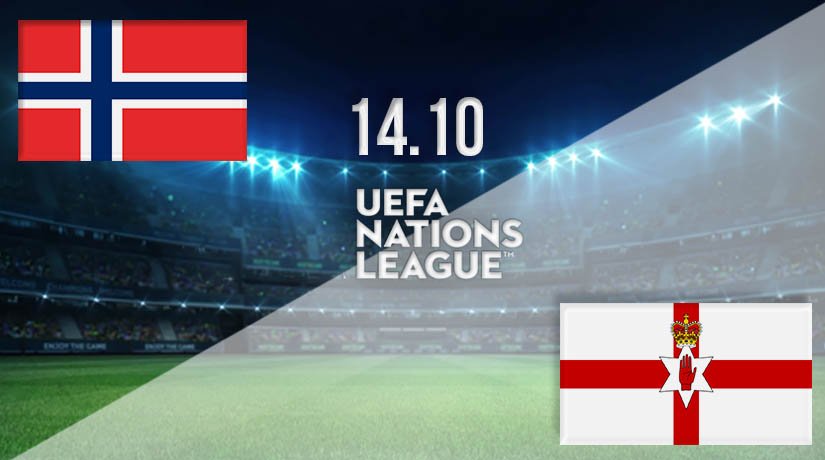 An action-packed midweek lies ahead for followers of the UEFA Nations League with some of European football’s biggest names in action. Northern Ireland travel to Norway for what is expected to be a competitive Group B1 tussle with the visitors hoping to pull off an upset and improve their chances of securing promotion.

Norway got off to a poor start when losing their opening Nations League match at home against Austria, suffering a surprise 2-1 defeat. It wasn’t the start they had expected but Norway had no trouble bouncing back to winning ways and they did that in style when hammering Northern Ireland 5-1 in Belfast just a few days later.

In a real show of strength, Norway took the lead inside two minutes thanks to a goal from Elyounoussi and the floodgates opened soon after. McNair hit back for Norn Iron, but they were blown away by doubles from Haaland and Sorloth. The victors added another comfortable win at the weekend when beating Romania 4-0 and they are scoring for fun at the minute.

Northern Ireland entered the UEFA Nations League campaign with hopes of being competitive, but they stumbled out of the blocks and were held to an opening day 1-1 draw by Romania on the road. That disappointment was quickly followed with that mauling at the hands of Norway on 7 September and it will be interesting to see how they respond to that.

The visitors did score an emphatic Euro 2020 playoff win over Bosnia-Herzegovina last Thursday night. That match ended 1-1 after extra-time but the Brits progressed to the final thanks to a 4-3 win on penalties. That narrow victory was followed by a 1-0 home defeat in this competition when hosting Austria on Sunday evening.

Make sure to bet on Norway vs Northern Ireland with 22Bet!