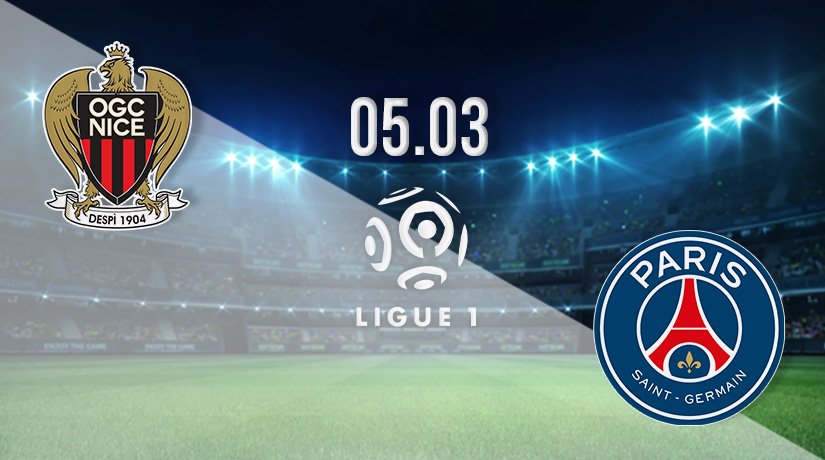 The match of the weekend in France this weekend sees two of the top three collide. While the title race may effectively be over, Nice will be looking to strengthen their hopes of a Champions League finish with a victory against the runaway leaders.

Nice has enjoyed an excellent campaign in France so far, and firmly sit in a commanding position to finish in a Champions League spot. However, they come up against the runaway leaders in Ligue 1 this weekend, as PSG are the visitors.

The hosts will be looking to maintain their consistent record in France, as they have lost just twice in their previous five games. Their advantage over fourth-place Rennes currently stands at just three points, which means defeat on Saturday could allow their European rivals to overtake them.

Nice are unbeaten in their previous two coming into this fixture, but they dropped important points in their latest fixture. In their last match, they could only play out a 0-0 draw against Strasbourg. Nice lost two players to sending offs in that game, with both Dante and Justin Kluivert given their marching orders.

There isn’t much argument surrounding where the league title will be going this season, as PSG are sitting 15 points clear at the top of the league standings. The Parisians have lost just twice in Ligue 1 this season, and have scored a league-high of 56 goals.

They bounced back from a shock defeat against Nantes in their last game in Ligue 1, as they beat St Etienne 3-1 at Le Parc des Princes. It was a routine performance for the league leaders, as Kylian Mbappe scored either side of half time to put them into a commanding position. Danilo Pereira wrapped up the victory with the third goal.

Nice vs PSG Head to Head

Nice beat PSG the last time that the two sides met in the French Cup. However, the Parisians still have dominant record in Ligue 1 fixtures. PSG has picked up wins in six of the previous eight league fixtures between the sides, including wins on their last four visits to Nice.

PSG look very difficult to oppose in this fixture, as they have an excellent record against Nice and are marching towards the league title. Nice’s Champions League aspirations will depend on games after this one against PSG.

Make sure to bet on Nice vs PSG with 22Bet!