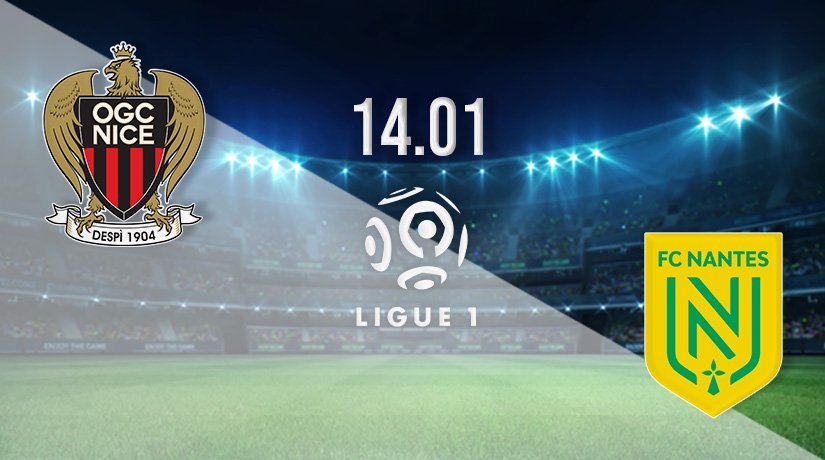 Nice have been able to chip away at PSG’s lead at the top of Ligue 1 over the past couple of weeks, and could close the gap to eight points with a victory over Nantes on Friday. Meanwhile, the visitors could climb to fourth with a win away from home this weekend.

Many believed that the title race in France was over before Christmas, as PSG held a healthy advantage over their rivals. However, four draws in their last five games has allowed Nice to close to within eleven points of the leaders. Nice are also one of the in-form sides in France at present, as they have picked up three straight victories.

Their recent upturn in form has seen them go second in the standings, but they are still level on points with Marseille. However, there is a healthy five-point cushion between themselves and fourth-placed Rennes.

Nice put in an excellent display in their last league fixture, as they beat Brest 3-0 away from home. It was even more impressive when you consider that they played 70 minutes with ten men following Morgan Schneiderlin’s sending off. Kasper Dolberg, Andy Delort and Amine Gouiri scored the goals in the victory.

Nantes will be a difficult opponent for Nice this weekend, as they have also been in solid form over the past month or so. They have gone four without defeat, and have picked up three victories during that run.

However, they weren’t able to record a fourth straight win in the league last weekend, as they played out a 0-0 draw against Monaco. Despite having just 31% of the possession, Nantes had the better chances to steal the points, as they registered four shots on target. However, the draw was probably the fair result.

Nice vs Nantes Head to Head

Nice have won their last three matches against Nantes, and have scored two goals in all of these fixtures. The only win for Nantes in the last ten meetings came in October 2019, as they won at home 1-0. However, they are without a win away from home against Nice since November 2015.

Two of the in-form sides in France should play out an entertaining fixture on Friday night. However, it is difficult to get past the hosts, as they have an excellent record against Nantes, and will have the chance to close the gap on PSG at the summit.

Make sure to bet on Nice vs Nantes with 22Bet!