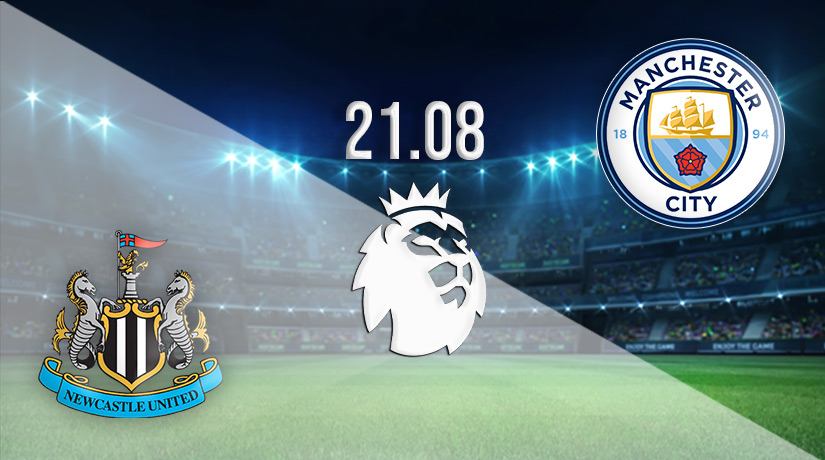 After collecting four points out of the six available and keeping two clean sheets, Newcastle will host the champion Manchester City at St. James’ Park on Sunday at 16:30GMT. Manchester City will be looking to keep their 100% start to the season when they face the impressive magpies on Sunday as they seek to step up the style this season.

Can Newcastle Extend their Unbeaten Start to the Season against the Champions?

Eddie Howe will be looking to extend Newcastle’s good start this season when his team faces the Champions on Sunday at St. James’ Park.

With expectations high for Newcastle this season, given the takeover and new signings, Howe will be looking to get a good result against the top six teams in the league, starting with the clash with Manchester City on Sunday.

Howe’s side has also kept two clean sheets in their season’s opening matches, which bodes well for when they face the free-scoring Manchester City. Howe knows that managing a shutout against the likes of Kevin de Bruyne and Erling Haaland will be difficult. However, the focus will be on solidity while maintaining their attacking threat in transition.

Can Manchester Extend their Winning Run to Three Matches to Start the Season?

Pep Guardiola will be pleased with the start Manchester City have made this season. With two wins, six goals scored, and two clean sheets, the Spaniard will be looking to extend this run as City seek to set the early pace this season.

Guardiola will also be looking to further integrate new striker Erling Haaland into the team as the former Borussia Dortmund ace steps his acclimatization into the English Premier League.

Man City will also have to deal with a rejuvenated Newcastle side with the support of St. James’ Park. Guardiola expects his side to keep their approach, patiently build play from the back, and break Newcastle down using their passing and runs.

The Magpies won two and lost two of the last four pre-season friendly matches before they licked off their season. They lost against Mainz (1-0) and Benfica (3-2). They ended their pre-season with wins against Atalanta (1-0) and Athletic Club (2-1).

They have started the season with an impressive 2-0 win against newly promoted Nottingham Forest. They took a point from Brighton in their second competitive fixture of the season.

With four points out of the available six, Eddie Howe’s side will be looking to retain their momentum against the in-form Manchester United on Sunday.

In their two pre-season outings, Guardiola’s side beat Club America 2-1 before defeating Bayern Munich 1-0 at the Allianz Arena.

City then played in the FA Community Shield against Liverpool, where they lost 3-1 to an in-form Reds. However, Man City bounced by starting the season with a 2-0 win away at West Ham and following it up with a 4-0 dismantling of Bournemouth.

With two clean sheets and six goals scored, Guardiola will be looking to maintain or even step up his team’s form as the season continues in earnest.

The 25-year-old French winger is an important talisman for Newcastle. His direct approach and dribbling are crucial for the attacking play adopted by Eddie Howe’s team.

Saint-Maximin will be important for Newcastle in the match against Manchester City because the Citizens are expected to dominate possession. Maximin’s pace and dribbling will be important in counter-attacks and taking pressure away from his team as they re-group.

His relationship and link-up with the other attacking players like Wilson and Almiron are also important in coordinating the offensive moves and creating chances for the Magpies.

Saint-Maximin will also be central to the pressing approach Eddie Howe will adopt against City; this will be important for the team in winning the ball back and transitioning into attacks.

The Belgian playmaker is the creative force for Manchester City and grabbing the goals. His relationship and connection with Erling Haaland on the pitch is highly anticipated in the premier league, and it will be tested at St. James’ Park on Sunday.

De Bruyne’s movement, pace, dribbling, and passing will be essential for Man City on Sunday. This is because Newcastle are expected to adopt a compact approach designed to deny the champions any space for City’s attacking players.

To penetrate a solid defensive set-up, Guardiola will need his talisman to step up at St. James’ Park and create openings for the Etihad side.

Newcastle will set up to be defensively compact and attack through transitions and counter-attacks. They will play with two banks of four, with players required to press and close off any space for City’s runners.

Man City will focus on dominating the ball, building from the back, and probing using their passing. They will seek to use De Bruyne’s runs and creative force from deep to open Newcastle up.

Manchester City have enough quality and momentum to take all three points from St. James’ Park.

Make sure to bet on Newcastle vs Man City with 22Bet!