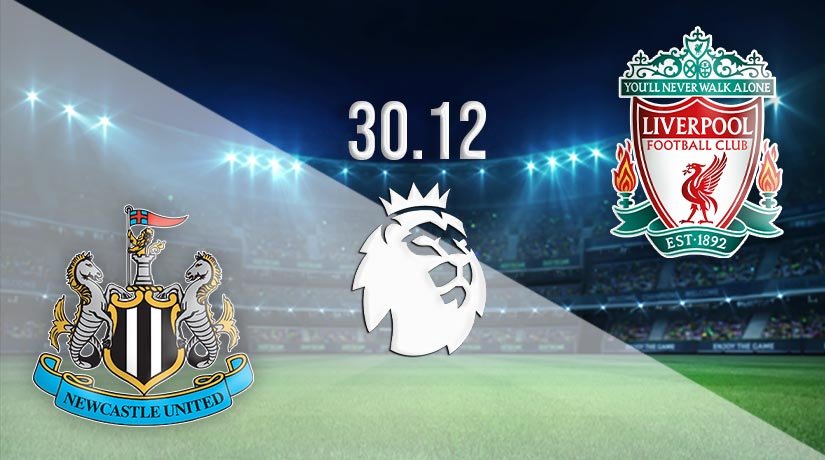 One of the best-loved English Premier League rivalries takes place on Wednesday evening when Newcastle United and Liverpool clash at St James’ Park. Football fans can follow this game live on TV from 20:00 and a large audience is expected. The Reds are pushing to defend their league crown, but the Magpies would love to damage their chances.

Newcastle opened the week in the bottom half of the league table with their form showing five wins and three draws against six defeats. They have scored 17 goals in their first 14 games but conceded 24 which is more than Fulham who are down in the bottom three and facing the threat of relegation. Tightening that leaky defence will be key to any success Newcastle enjoy this season.

The home team are winless in their last three at this level with two defeats separated by a draw. They held on to take a point thanks to a 1-1 home draw with Fulham but were then beaten 2-0 by Man City at the Etihad Stadium on Saturday. Newcastle also suffered a damaging 1-0 loss at Brentford in the EFL Cup semi-final this month.

Liverpool won the Premier League title by a comfortable margin last season and quickly took control of the division this season. They started the week in pole position with 32 points on the board. The Reds have won nine and drawn five so far, losing the other. They currently enjoy a three-point advantage over Everton in second.

Reds are on an unbeaten run having won three and drawn two of their last five but they were held to a level finish by lowly West Brom at Anfield on Sunday, the match ending 1-1 despite Liverpool starting as strong favourites to bag all three points. That draw followed a stunning 7-0 win over Crystal Palace in London.

Past matches between these teams have provided fans with some high-scoring games and armchair fans hope this renewal provides plenty of excitement. Liverpool are the pundits’ pick to win but Jurgen Klopp knows they face a tough 90 minutes against the Magpies at St James Park. This should be more competitive than the league table suggests.

Make sure to bet on Newcastle vs Liverpool with 22Bet!