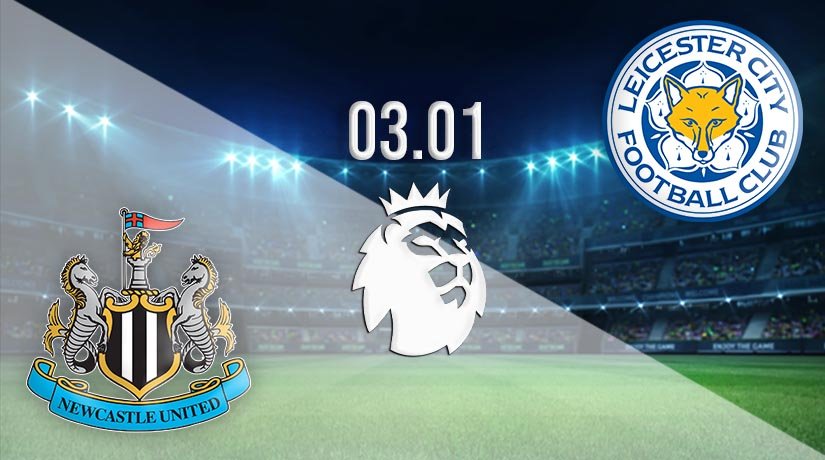 Three games go ahead in the English Premier League on Sunday afternoon with kick-off times staggered between midday and 16:30. There’s plenty for armchair fans to follow but in this article, we focus on matters at St James’ Park where Newcastle United and Leicester City clash from 14:15 GMT. Will it be the Magpies or Foxes cheering at full-time?

Newcastle United fans are hoping to see their team finish in the top 10 this season but worry a recent drop in form has damaged their chances. The Magpies started the week down in 14th having failed to win three games in the bounce, that drought made up of two defeats and a draw. They ended level with Fulham on 19 December at this venue after losing 5-2 at Elland Road against a ruthless and ambitious Leeds United.

The home team were knocked out of the EFL Cup on 22 December after suffering a 1-0 loss in London against Championship side Brentford. That was a bitter pill for fans to swallow, especially losing to an opponent from the league below. Heading to the Etihad Stadium next time out, Newcastle were brushed aside by Man City on Boxing Day.

Leicester City have emerged as a surprise contender for the Premier League title in recent years and this season is no different with the Foxes mixing it at the right end of the division. Brendan Rodgers’ side have hopes of challenging Liverpool for the trophy but will want to, at the very least, finish in the top four and secure Champions League football for next season after narrowly missing out last term to Man Utd and Chelsea.

The visitors enjoy a strong run of form and impressed when playing their part in a thrilling four-goal draw with Manchester United at the King Power Stadium on 26 December. Goals from Barnes and a Tuanzebe OG were matched by Rashford and Bruno Fernandes. A share of the spoils seemed the fair result following an exciting match.

The formbook suggests Leicester City should win this match and continue their title charge, but it would be dangerous of Rodgers and co to take the home team lightly. They could be made to pay a hefty price if doing that.

Make sure to bet on Newcastle vs Leicester with 22Bet!