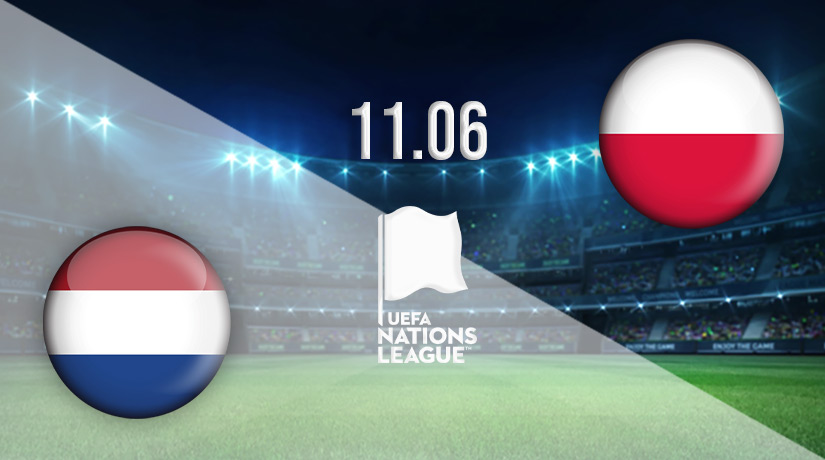 The Netherlands won in dramatic fashion against Wales on Wednesday when they scored a winner in the 94th minute after conceding an equaliser in the 92nd minute. The win means that they have won two consecutive matches and sit atop of Group D. Oranje will be looking to make it three wins out of three when they face Poland on Thursday at 19:45GMT at the De Kuip Stadium.

Can the Netherlands make it Three Consecutive Wins in the Nations League?

Louis van Gaal will be impressed with his team’s dramatic win in Wales and will hope that they can attain a more convincing triumph over Poland at home on matchday 3.

The Netherlands will be playing its first home match in the Nations League after playing Belgium and Wales away from home in the first two matches of their campaign.

Oranje will look to replicate their performance against Belgium which was commanding and dominant, resulting in a 4-1 win. However, their match against Wales was much closer and needed a last gasp goal to grab victory and the three points.

Louis van Gaal will hope his team will be ready to offer an energetic and high tempo of performance against Poland on Saturday.

Can Poland Bounce Back to Winning Ways against the in-form Netherlands?

Poland will need a better performance against the Netherlands as they seek to recover from a resounding 6-1 defeat away to Belgium on Wednesday.

After winning their opening match against Wales, Poland travelled to Belgium with confidence; however, the 6-1 reverse was a reality check that is expected to jolt them ahead of their clash with the Netherlands.

Czesław Michniewicz will be concerned with his team’s mindset ahead of the important fixture against the Netherlands after the 6-1 mauling at the hands of Belgium on matchday 2.

The gaffer’s focus will be on ensuring that his side are in a good headspace ahead of the clash with Oranje to ensure that their match against Belgium does not hurt their composure and confidence.

Louis van Gaal’s side are unbeaten in their previous five outings in international football. They have won four and drawn once in this run.

The only draw came in a 1-1 result against Germany in an international friendly at the end of March.

The four wins came against Norway (2-0) on matchday 10 of their World Cup Qualification, Denmark (4-2) in an international friendly, Belgium (4-1), and Wales (2-1) on matchday 1 and 2 of the Nations League campaign.

Louis Van Gaal will hope to maintain the momentum and good form ahead of their clash with a reeling Poland on Saturday.

In their last five outings in international football, Poland have won two times, drawn once, and lost twice.

The two wins came against Sweden (2-0) in a World Cup Qualifying final, which allowed them to qualify for Qatar 2022. The other win came in the opening match of their Nations League campaign where they triumphed 2-1 over Wales.

The 1-1 draw with Scotland came in an international friendly whereas the two defeats came against Hungary (2-1) on matchday 10 of World Cup Qualifiers Group Stage and Belgium (6-1) on matchday 2 of the Nations League.

The Barcelona forward is crucial in providing Oranje with attacking impetus and creativity. His relationship with other attacking players and midfielders is central to Louis van Gaal’s side.

The Bayern Munich striker provides a free-scoring threat for Poland and leads their attack effectively; he will be crucial in the clash with the Netherlands on Saturday.

The Netherlands will dominate possession and control the tempo of the match; they will implement their typical patient build-up from the back and vertical passing.

Poland will be patient and compact in their approach as they seek to use transitions and set pieces to create opportunities.

The Netherlands will win the match and take all three points, making it three wins out of three in the Nations League campaign.

Make sure to bet on Netherlands vs Poland with 22Bet!