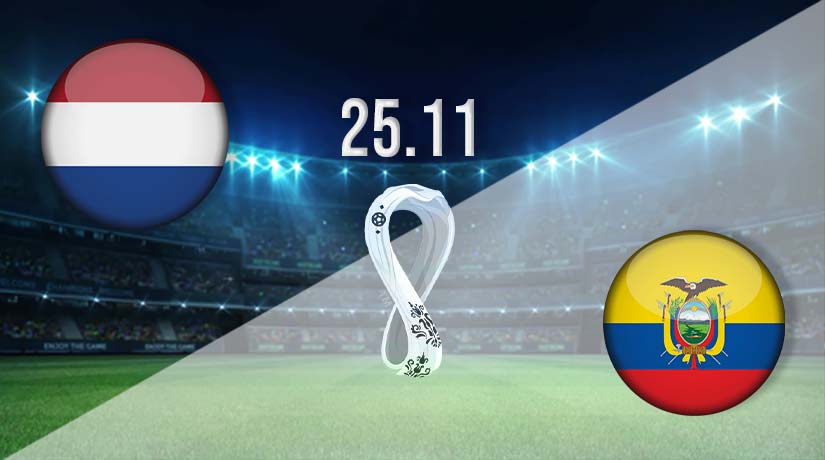 The two winning teams from the opening round of fixtures in Group A will clash on Friday at the Khalifa International Stadium. Victory for either the Netherlands or Ecuador would ensure their passage through to the next round of the competition in Qatar.

The two standout teams from Group A after the opening round of fixtures will meet in their second fixtures at the World Cup this year. The Netherlands have been tipped up as potential dark horses by a number of experts, but they desperately needed to get off to a perfect start to vindicate those claims.

However, they were extremely professional in their opening day assignment against Senegal, as they landed a 2-0 win. That win ensures that Louis van Gaal is still yet to suffer a defeat since beginning his second stint as manager of the national side. The impressive Cody Gakpo opened the scoring in the fixture with six minutes remaining, before the points were wrapped up with virtually the last kick of the game, as Davy Klaassen doubled the advantage.

Ecuador has failed to make it out of the group stage in two of their previous three appearances at the World Cup. However, they have given themselves every chance of going further in the competition this year, as they picked up an impressive win on the opening day against host nation Qatar.

The South American side were very impressive in the first half of that fixture, and twice broke through the shaky Qatar defence. Enner Valencia opened the scoring from the penalty spot after 16 minutes, before the former West Ham striker doubled his and his team’s tally with 15 minutes to go before the half time break.

Netherlands vs Ecuador Head to Head

This will be the third time that the Netherlands and Ecuador have squared off in an international fixture. Both previous matches came in friendlies, with the Dutch winning 1-0 in 2006, and a 1-1 draw being the outcome in 2014.

This should be an entertaining match between two sides that were impressive in their opening matches. However, we could see both sides being content with a draw in this second fixture, as it will ensure that qualification remains in their own hands. A 1-1 draw would be our pick, with Gakpo once again being the opening scorer for the Dutch.

Make sure to bet on Netherlands vs Ecuador with 22Bet!