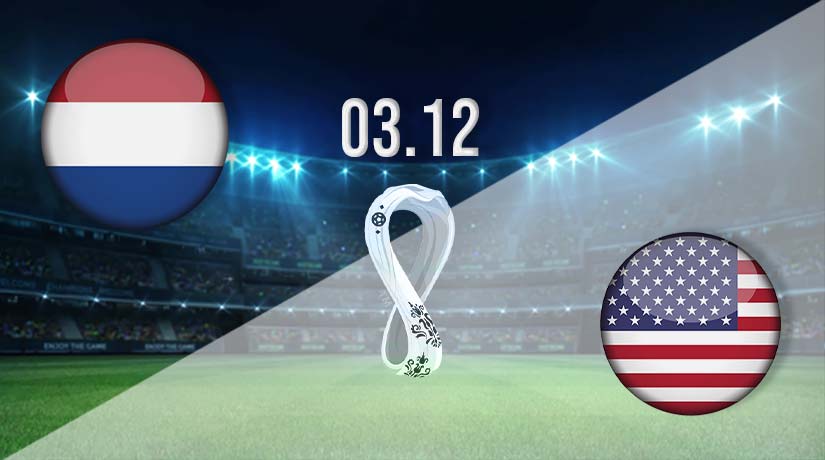 The Round of 16 has arrived, and we’re playing knockout football between now and the final of Sunday 18th December. The format of the competition changes, and things will get interesting. More interesting than we’ve seen already in Qatar. Draws are no longer possible as extra time and penalties come in to ensure every fixture produces a winner that will progress to the next stage and a loser heading home. But which side will make it through when the Netherlands takes on the USA from 15:00 GMT on Saturday? We can’t wait to find out.

Both teams involved in this Round of 16 match are here on merit, but fans and pundits generally accept that it would be a huge shock to see either win World Cup 2022. But we never know. If the group stages from the World Cup’s first visit to the Arab World have taught us anything, this tournament is unpredictable. Who predicted Japan would win a group that included Spain and Germany? Who picked Saudi Arabia to beat Argentina? And how many bets were wiped out on Germany winning the World Cup after three matches?

The Netherlands and the USA are no familiar foes on the international football scene, the history books showing the sides have met only five times previously. There are no surprises to be found in the head-to-head stats other than the USA winning one game, with their opponents taking the other four. The most recent clash was played in 2015 and produced a seven-goal thriller. We wouldn’t mind some more of that to spark the weekend to life.

Will the Netherlands finally live up to the high expectations of their fans and win the World Cup? The football-mad nation is desperate to finally get its hands on the sport’s biggest prize after coming so close in the past. Holland has never won the trophy, but it has come painfully close in the past, ending as runners-up in 1974, 1978, and 2010. The Orange lived off its success in the 1970s for a generation, but a new breed of football fan isn’t quite sure what all the hype is about here. It has been more than a dozen years since they last contested a final, which will be the driving force behind everything they do in Qatar.

Holland progressed from Group A without too much fuss, finishing ahead of runners-up Senegal, with Ecuador unlucky in third place before the host nation stumbled home in fourth. Qatar may have invited the world for a party and marvel at its infrastructure, stadiums, travel, and stunning skyscrapers, but it’ll be a while before we see them as a power in this sport. They finished bottom following three defeats, scoring one goal and conceding seven. Comparing that to the pool victors with their two wins and a draw, scoring five and conceding just one.

The Netherlands opened its account in the group with a victory over Senegal. Better was expected of them when drawing with Ecuador on matchday two, but the second win in three pushed them through to the next stage. There’s no doubt that this Dutch side is talented, and if they play anywhere near their best, they will brush past the inexperienced USA. A sturdy defence has taken them this far, and coach Louis van Gaal will ask for more of the same from his men.

Team USA is here to compete

It has been obvious for a while now that the USA is no longer the soft touch in international football that it once was. The women’s game has given fans a taste of success, showing what is possible in the beautiful game. You won’t see them take too many more drubbings, and the stars and stripes show they are in Qatar to compete. They proved it by getting through a competitive group and will enter this match full of confidence.

Team USA finished as runners-up behind England in Group B but was pushed all the way. The players showed character to bounce back from dropping two points in their opening match to end as best of the rest behind the Three Lions. They took two points from their opening two games, drawing 1-1 with Wales after Gareth Bale scored a late equaliser. It was time to play England, and despite entering as the underdogs for that match, written off across the board, they stood their ground and entered a 0-0 finish. A win was needed on matchday three against an unpredictable Iran, and they got it.

The match against Iran was a tense affair, with both nations knowing only a win would do. Iran had its fair share of chances during the 90+ minutes but failed to match the flair in attack we saw against England and Wales. Pulisic scored the goal that mattered, finding the net in 38 minutes, and although 1-0 is always a fragile scoreline, it was enough to bag them the points and secure their passage. Fans of the USA are now dreaming of what might be in Qatar. They host World Cup 2024 with Canada and Mexico, meaning the pressure is on to get their house in order.

The stats sheet shows these sides have produced a total of 10 goals in their last two meetings, and that will capture the attention of armchair fans hoping to see a goal-fest in Qatar. But the defensive record of both teams in this competition makes it unlikely. In their three group games, both nations leaked just one goal each. That suggests this will be a tense, tactical affair that should play into the hands of the Dutch.

Make sure to bet on Netherlands v USA with 22Bet!