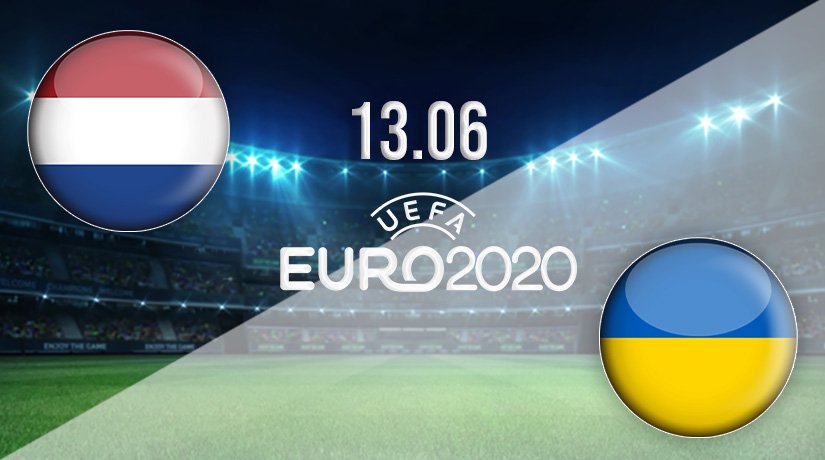 Football fans have an action-packed Sunday ahead with three games scheduled to be played in Euro 2020. Some of the biggest names in the competition will be out to shine, including two teams who believe they are good enough to win the trophy in the Netherlands and England. In this preview, our team focuses on the Netherlands against Ukraine, which kicks off at 20:00 GMT and will be shown to a bumper live TV audience.

The Netherlands return from a period on the sidelines and will want to gatecrash the party. They aren’t one of the pre-competition favourites in the betting, but their squad is littered with household names, and there’s no doubting the quality they bring. Oranje will want to hit the ground running and prove they are worthy contenders for the crown. To do that, they must defeat a Ukraine side who are well-organised and dangerous on the break.

These nations have met only twice before in competitive action, and it’s no major shock when learning Ukraine have never registered a win over the Netherlands in those previous attempts. The head-to-head record going into this renewal shows one win for the Netherlands and one draw. Will it be third time lucky for the underdogs? Fans certainly hope so, but the three points won’t come easy.

Netherlands have been dropped into Group C alongside Sunday’s opponents, Austria and North Macedonia. It’s a pool they should be winning, and the team will want to secure the top spot as early as possible to allow them plenty of time to plan for the future. To have any chance of achieving that, they must get off to a winning start and bag three points against what could be their most formidable opponents of the group. According to most pundits, Austria also can go well, but the Netherlands are the team to beat.

It has been a difficult few years for fans, with Holland missing out on a string of major tournaments. However, they do appear to have turned the corner, and their talented young players are coming of age and living up to their potential. Is this the year the Netherlands announce their return to the head of football? They have a better chance than the experts believe, and the team will have no trouble performing as underdogs, free from the pressures that usually follow the team into tournaments.

They are unbeaten in their last four games in all competitions, winning three and drawing one. The spare was a 2-2 friendly share with Scotland earlier this month, and it was a game they were lucky to avoid defeat in. Holland went into that match against an under-strength Scots as hot favourites but needed a fortunate late equaliser to spare their blushes.

Ukraine hoping to topple their opponents

All the talk pre-game surrounds the Netherlands and if this team is good enough to relive the nation’s glory days. That has allowed Ukraine to prepare for this game outside of the spotlight and away from the pressure. They have been written off as no-hopers by some, but that can often inspire a team to a huge effort. Ukraine are no mere opponents. They are here on merit and will be desperate to show that by toppling their big-name opponents and getting something out of the opening match.

The underdogs will also take heart from a stunning six-game unbeaten run that stretches back to a 3-0 defeat against Switzerland in November of last year. That was their third loss on the bounce, but they have since scored four wins and two draws. Interestingly, each of those four draws came on the bounce proving Ukraine are capable of grinding out results. They have won their two most recent games, however, beating Northern Ireland and Cyprus. Both wins came without conceding a goal, and that will do wonders for team morale, especially the defenders who will be in for a busy 90 minutes on Sunday.

On paper, this should be an easy win for the Netherlands. They have the better players, more experience of performing in major competitions and have form behind them. Football matches aren’t played on paper, however. This is 90 minutes Ukraine know could determine how far they go in this competition. It’s also the best time to face Holland, hoping they catch them cold and get at least a point out of this match.

Ukraine’s unbeaten run suggests they shouldn’t be taken lightly, not by the Netherlands squad and not by anyone making predictions on the outcome of this match. They have never beaten their opponents, but records are there to be broken. Will we see Ukraine pull off an early upset, or will the favourites do as expected?

It is difficult to see past the Netherlands. They will have to be patient to break down a solid Ukrainian side but have the flair and imagination in attack to achieve that.

The pre-match betting for Sunday’s live game has the Netherlands as favourites with odds of 1.64 available to backers. Ukraine trade at 5.8 to claim three points and get off to the perfect start. The underdogs have drawn four of their last six while the Netherlands have finished level against Scotland recently. The draw here is 3.68.

There is plenty to bet on in this match at 22bet, and many markets don’t require you to predict the winning team. Some of the options available that are worth a look include both teams to score, Holland to win -1 goal on the handicap, first goalscorer, anytime goalscorer, correct score, total goals over/under 2.5 and more.

Whatever you are betting on Sunday, we hope you enjoy the match. Keep checking our site for updated previews and betting odds on the best games from Euro 2020 as our team of football experts analyse the most exciting games and explain what clues can be taken from the betting odds.

Make sure to bet on Netherlands v Ukraine with 22Bet!