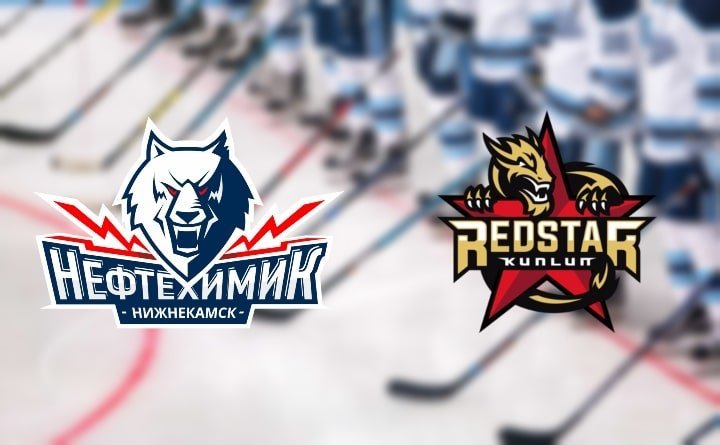 On the 26th of September, we get a chance to watch a battle of the regular season of KHL where Nizhnekamsk Neftekhimik will be taking Chinese Kunlun Redstar. In the last week, both clubs haven’t shown the best hockey, let’s see what will happen in the full-time duel of these eastern squads.

The “wolves” recently had a series of four defeats, which seriously crippled them and threw them into the lower half of the table: Avtomobilist – 3: 5, Torpedo – 3: 0, Ak Bars – 4: 1, Salavat Yulaev – 2: 0. Wards of Vyacheslav Butsayev managed to break the unsuccessful series only this Monday when they beat Tractor – 1: 2 in a bitter struggle.

The long-awaited victory may well give confidence to the Nizhnekamsk squad. It’s time for Neftekhimik to please their audience with a home victory, and given the weakness of their next opponent in the guest meetings, they will have high chances for this. It is only necessary to avoid straightforwardness in the attack and act a little more creatively.

Kunlun is at the bottom of the East standings. Players invited from Canada and the United States can not cope with the pace of the KHL, so this season the Chinese team is very unlikely to be in the playoffs. The losing series of the Redstar in the last 3 games: Salavat Yulaev – 3: 2, Avtomobilist – 5: 4 in overtime and Avangard – 5: 2. The Beijing Hockey Club is not impressive at all. Five defeats in six last matches – this result clearly cannot please either the players or the head coach of the team – Jussi Tapola. It is not surprising that with such a low level of hockey, spectators practically do not go to Kunlun home games.

Kunlun doesn’t succeed at all in the away games, so even the Neftekhimik with their unstable game must defeat the Chinese club. Kunlun’s forces are about to end, so the new guest match, which they will play in Nizhnekamsk, is also unlikely to be successful for the club from Beijing. A bet for the victory of Nizhnekamsk Neftekhimik in the regular time looks good.

Betting tip: Neftekhimik to win at 2.04 odds. Make sure to bet on Neftekhimik vs Kunlun with 22Bet!