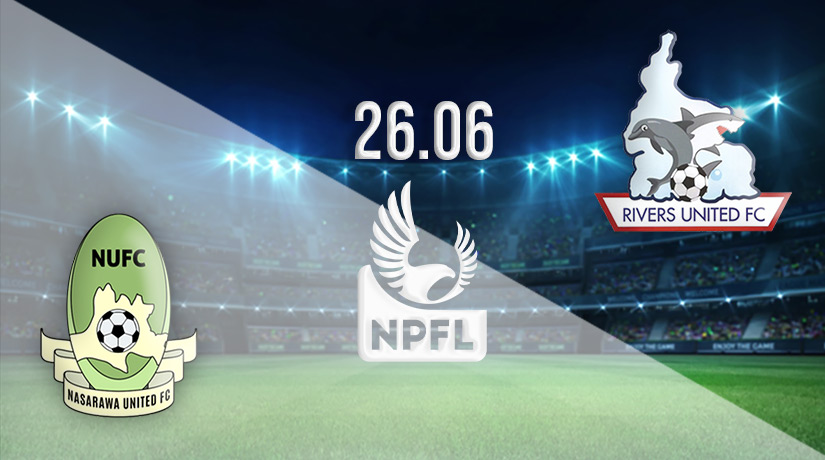 Rivers Utd will be looking to wrap up the title when they travel to face mid-table side Nasarawa United at the Lafia Township Stadium on Sunday at 16:00GMT. With the gap at the top standing at 10 points with 12 points up for grabs in the run-in, Rivers Utd can clinch the title with a win on Sunday and put it beyond the reach of second-placed Plateau Utd.

Can Nasarawa Upset the League Leaders and Delay their Coronation?

Nasarawa will be looking to bounce back from the 1-0 loss away to Niger Tornadoes last Saturday when they host the league leaders and title-chasing Rivers this Sunday.

Given their stop-start form in recent matches, Nasarawa will be looking to bolster their structure, shape, and discipline against one of the best-attacking teams in the league this season and the hot favorites to win the league.

Nasarawa will be hoping to at the very least delay the coronation of Rivers on Sunday by denying them the victory they need. This is helped by the fact that Nasarawa has won their last five matches at the Lafia Township Stadium.

Their positive home form will offer them massive encouragement even if they are playing the league leaders, who will be pressing hard for a win to clinch the title with three matches to spare.

Can Rivers Utd Clinch the Title with Win?

With one win, a defeat, and a draw in their last three matches, Rivers are stumbling to the title on current form.

However, they have already done most of the work and opened up a commanding 10-point lead over second-placed Plateau Utd. This meant that their slip-ups were not costly in the run-in.

On Sunday, they will travel to the Lafia Township Stadium with the knowledge that a win for them will ensure that they can finally be declared champions with three matches remaining in the season.

Nasarawa have won two matches and lost three in their last five outings in the league. They have collected six and dropped nine points in this run.

The two wins came in home matches against Abia Warriors (2-1) and Enugu Rangers (1-0). The three defeats came in away matches against Enyimba (3-2), Sunshine Stars (2-1), and Niger Tornadoes (1-0) in the last match last Saturday.

This run of form shows that Nasarawa have a stellar home form while suffering away from home; this sets up the clash with the league leaders on Sunday nicely for the neutrals as they look to stop Rivers Utd from taking the title this weekend.

Rivers Utd have won three times, drawn once, and lost once in their last five outings in the PFL.

The league leaders have collected 10 points and dropped five in this run as they have moved three points away from clinching the title this Sunday. Also, if Plateau Utd suffer a defeat, Rivers will be crowned champions as well.

The three wins have come in home matches against Plateau Utd (2-0) and Abia Warriors (2-1) and the away match against Dakkada (3-2). The draw came in their last match in the league against Enugu Rangers, which ended in a 0-0 stalemate.

The only defeat in this run came in the away match against Wikki Tourists, which ended in a 1-0 defeat.

With 29 appearances across the season for Nasarawa, Udeh has been a crucial player for the team contributing nine goals and two assists.

The midfielder will be crucial for the clash with league leaders Rivers Utd on Sunday as they seek to stop them from clinching the title yet.

The striker has notched 14 goals and three assists for Rivers this season as he has helped his side challenge for the title.

Rafiu will be crucial in providing the cutting edge and attacking threat for the league leaders as they seek to wrap up the title on Sunday in the clash against Nasarawa.

Nasarawa will focus on solidity as they seek to frustrate Rivers by denying them space to play, especially their attacking players.

Rivers will be patient with their passing and probing play as they will seek to break Nasarawa down and get the breakthrough.

Rivers will win the match and clinch the title.

Make sure to bet on Nasarawa vs Rivers with 22Bet!