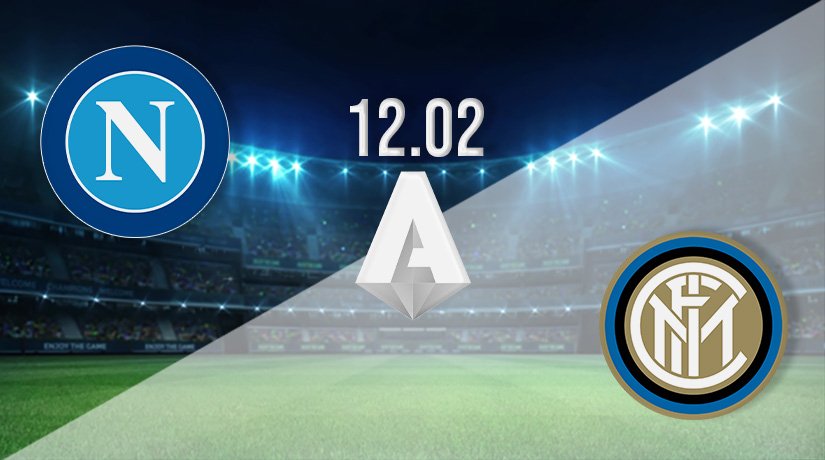 Three games will be played in the Italian Serie A on Saturday, with the kick-off times staggered to appeal to a live TV audience. Napoli and Inter Milan go head to head from 17:00 GMT when a capacity crowd will be boosted by the millions of armchair fans watching worldwide. With both teams pushing for the points as they aim to boost their chances of winning the title, this will be a tense 90 minutes. The winner of this game will end the weekend on top of Serie A at a crucial stage of the campaign.

We see second host first in this match, and with just two points between the sides at the start of the week, there’s all to play for here. Inter Milan are in the lead and also enjoy a game in hand over the chasing pack but know if they slip up on this away trip, it could cost them the title. All eyes will be on this game as followers look for clues as to how this season will go, and it’s hoped that the players do their bit to ensure this match lives up to the hype. We want to see plenty of goals and even more talking points from the two best teams in Italy.

These teams last met in November when treating fans to a five-goal thriller at the home of Napoli. The game had everything, including an early lead for Napoli, penalty for Inter Milan and late fightback as Milan claimed the three points thanks to a 3-2 win. It was a gripping contest, and anything near the same levels of drama will be welcomed by football fans everywhere. Which side will enhance their chances of winning the league by claiming victory in this match?

Hosts are on a winning run

Napoli started the week sitting second in the league, just a point behind leaders and Saturday’s visitors Inter Milan. The hosts boast stats of 16 wins and four draws against four defeats, with 45 goals scored and 16 conceded. Napoli has the best defensive record in the league at present, and they will call on that sturdy backline again in this match as they aim to keep off the might of the Inter Milan attack. Napoli must be organised, patient and switched on throughout the 90 minutes of action if they are to win the points and give their fans something big to cheer. They know an away win would blow the title race wide open.

Napoli is the form team in the division and has won each of their last four games, collecting a dozen points from the 12 available to them. That has allowed them to punish mistakes made by the leaders who took only seven points in the same time period. Napoli knows Inter Milan will be difficult to budge, but the locals will be encouraged by their form as well as the poor run suffered by their opponents. They may see this as the perfect time to face the league leaders, which would be a fair assessment. Napoli is flying at the moment.

They bagged their fourth win on the bounce last Sunday when claiming a hard-fought three points at Venezia. That match ended 2-0, but it was a bad-tempered contest with a red card, and winning goal scored deep into stoppage time. Osimhen broke the deadlock when scoring for Napoli on 59 minutes before Ebuehi was sent off in stoppage time. Peragna added a second 10 minutes into added time to wrap up the points. Everyone connected to the club would prefer a simpler three points here, but the win is more important than the performance at this stage of the season.

Inter Milan are the team to beat in Serie A at the moment, taking full advantage of the problems suffered by Juventus, who dominated Italian football over the last decade. The visitors started the week on top of the league with 53 points on the board thanks to 16 wins, five draws and two defeats, scoring 54 goals while conceding 19. Inter Milan are the highest scorers in the tournament, sitting well clear of the chasing pack, but in defence, they have leaked more than this weekend’s opponents, and that will be a worry in the away dressing room prior to kick-off.

Milan has struggled to put a run of results together this winter, and a lack of consistency has left the door ajar for Napoli to sneak in and challenge. Just a point separated the top three teams at the start of the week, and we could be in for one of the tightest finishes to a Serie A season in recent memory. The winner of the league could come out of this match, or AC Milan could gate crash the party. AC will hope to win their match and see these sides play out a draw. There is so much riding on the outcome of Saturday’s game.

In their last three games, leaders Inter Milan have taken just four of the nine points on the line. They suffered what was only their second loss of the season in their last match when going down to a 2-1 defeat against derby rivals AC Milan. Inter took the lead that day thanks to an opening goal from Perisic on 38 minutes, but AC turned the match on its head with a quickfire double from Giroud winning it and keeping the victors in the title race.

Napoli enjoys the home advantage for this crucial league game, and they also take confidence from showing the better form of the two teams involved. They have won their last four and will prepare for this contest confident in their ability to win again. This is a step up in class, but there’s no doubting that Napoli is ready for it.

Inter Milan are away from home, but they are top of the league and understand what’s at stake here. If they can win the points, they would strengthen their position at the top of the table while shooting down their main rival.

Make sure to bet on Napoli v Inter Milan with 22Bet!