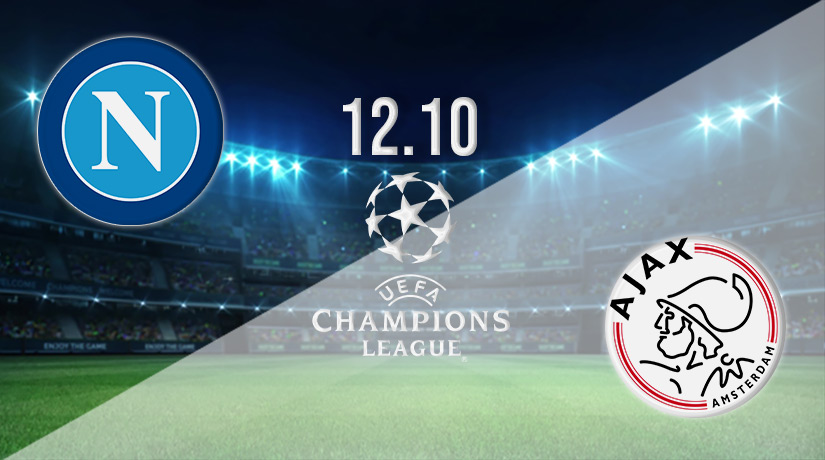 Champions League Group A was always going to be one of the most compelling of the group stages, with Napoli, Ajax, Liverpool and Rangers in the mix. The Glaswegians can be found rooted to the foot of the table following defeat in their opening three games, and Giovanni van Bronkhorst’s men are in danger of being cast adrift. Only a surprise win at Ibrox against Jurgen Klopp’s red could help them avoid that fate. The other three teams are in the running for a top-two finish and place in the next round.

The Gers are up against it when playing Liverpool after losing 2-0 at Anfield last week, but with the Reds strong favourites to win that game, we choose to focus on the other match from the pool. Italian Serie A side Napoli welcomes Dutch champions Ajax, and with the locals starting the season in hot form, this match will catch fire early. Will Napoli claim the points needed to secure their place in the knockout stages, or will Ajax blow the pool apart by winning on the road?

These sides met only last week at the impressive Amsterdam Arena and prepare to dust themselves down and then renew rivalries. The home team are in pole position with a maximum of nine points on the board from three games. Ajax is in third at present with just three points managed, winning their opening match and then losing the next two. How will this crucial match play out? Let’s take a closer look at the form of both clubs before revealing our predictions.

It has been quite the start to the season for Napoli, who are going great guns in both Serie A and the Champions League. At this stage of play, and judging by their recent form, it would come as no major surprise to see them win the Italian football title and maybe even this prize. Although there is a long way to go on that front, the home team must prove to their fans and critics that this is something more than being fast out of the traps. Do they have the consistency needed to challenge?

In this competition, we find Napoli sitting on top of Group A with a maximum of nine points against their name from three games. They are one of just a few teams boasting a 100% record, and there’s no reason that perfect start should come to a shuddering halt in this match. Especially when it’s Napoli that holds the home advantage. They have already beaten Liverpool, Ajax and Rangers once, with the Scots still to visit Italy. Win this, and the home team will be safely through.

They prepared for this match with a weekend win over Cremonese on the road. That was a game they were favourites to win, and the players lived up to expectations without fuss. The final score in that match was 4-1 to Napoli on a day it could have been two or three more. The victors dominated the football from start to finish, and in terms of warm-ups for Champions League football, they don’t come any better than that. The team are flying, and you’ll find them more than ready for this challenge.

Ajax are in the mix

Ajax hasn’t lived up to the hype and level of expectations created by their fans in recent years, but after playing four matches, they are in the mix for a top-two finish. Ajax will likely play European football in the new year, but will that be the Champions League or the Europa League? That remains to be seen, and the answer to that question will become clearer at full-time in this match. Lose, and Ajax will likely be playing in the second tier. Win, and they’ll have a shot at going through to the knockout rounds.

The Dutch side got off to a winning start when doing as they were expected to in beating Rangers in Amsterdam on matchday one. The Dutch champions were the pre-match favourites with most pundits, but after eliminating PSV Eindhoven in the playoffs, Rangers were a banana skin. Ajax breezed through that match, showcasing the gulf in class between the Champions League and Europa League, a competition Rangers reached the final of last season.

Ajax may be the current champions of Dutch football, but they have dropped to second in the league following a poor run of form. The visitors have managed to win just one of their last three league starts, with that form reading lose, draw, win. They are improving on the back of a sticky spell and made a timely return to winning ways at the weekend when beating FC Volendam 4-2 in an exciting match played on Saturday. Their defence must improve as they face a much tougher opponent in Napoli, that’s for sure.

Napoli is the team playing at home and sits on top of the group, thanks to a 100% record. Confidence is through the roof in the home dressing room, which may make the difference in this match, with both teams confident they have what it takes to win. Napoli is the favourite, and it’s difficult to argue against that stance. If they win this game, they can begin to make plans for the next phase, which will excite everyone connected to the club.

Ajax is holding its own in a tough set, but nothing has been achieved yet. They know more is required if they are to remain in the mix, and if Liverpool does as expected and beat Rangers at Ibrox on Wednesday, it will make this a must-win for the visitors. That pushes up the pressure even further.

Make sure to bet on Napoli v Ajax with 22Bet!