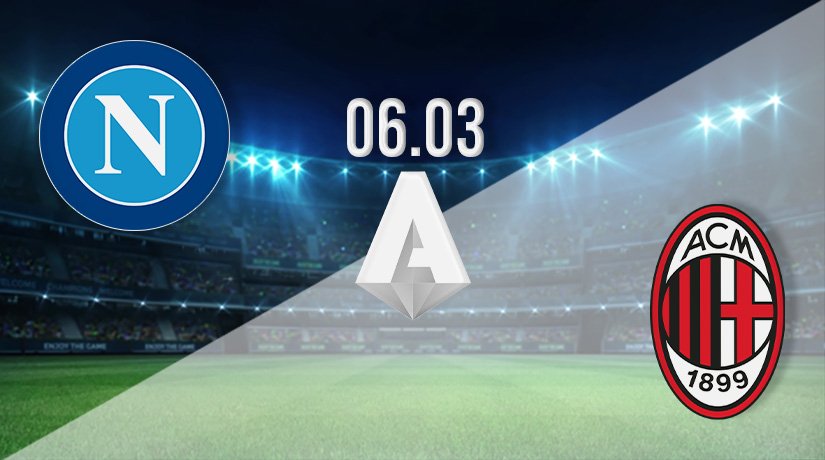 It has already been a fascinating week for lovers of Italian football with the Milan Derby in the Coppa Italia semi-finals. There’s plenty more to come this weekend as the pursuit of Serie A points returns with teams at both ends of the table fighting for crucial victories. We are approaching the home straight of the season, and fans are preparing for one of the most competitive run-ins we’ve ever seen from Italian football. At present, three teams have genuine claims on the title, with Napoli attempting to hold off the attentions of AC Milan and Inter Milan. There’s more to come on that front before a king is crowned.

Two title contenders face off on Sunday from 19:45 GMT when Napoli and AC Milan meet. This match will be the highlight of a fixture list consisting of six games which begins at 11:30 and takes us through to the full-time whistle in this match. It will be an important day in the top division of Italian football, and the thousands in attendance at this match will be backed up by millions watching the action around the world on TV and through live streaming apps.

Followers of the stats will be encouraged to learn that each of the last two games involving these sides has finished in a tense 1-0 win for Napoli, meaning the home team are hoping to land the hattrick. They have a fantastic opportunity to do just that and boost their chances of winning the league, but AC Milan is in town to cause an upset. They know that taking three points from this game would put them in the driving seat.

No margin for error

Napoli started this week sitting on top of Serie A and setting themselves apart as the team to beat, but there’s no margin for error in the title race this season. The locals have 57 points on the board at the time of writing, which leaves them level with AC Milan but benefiting from a better goal difference. Their stats for this campaign show 17 wins and six draws against four defeats, scoring 49 goals and conceding 19. They have done incredibly well to hit the top, but the hard work starts here. A win over one of their main rivals would see them open a gap, but the team that wins the league this season will be the one that is consistent.

Napoli suffered back to back draws when finishing level with Inter Milan at this venue and Cagliari on the road. Both games finished 1-1, which has been the score in three of the team’s last five games in all competitions. The spare was a two-goal draw in the Europa League away to Barcelona. That was an inspired performance, but followers of the home team know the side must start taking their chances, turning draws into wins.

They were able to grind out a win at the weekend, but it was another tough battle that could have ended in a draw. Insigne gave his employers the lead away to Lazio last Sunday only to see Pedro score an equaliser on 88 minutes. It was a bitter blow, but one Napoli was good enough to respond to, winning 2-1 thanks to a stoppage-time winner from Ruiz. The players will hope for a more routine victory this time but would take a win of any description.

AC Milan travels for this match sitting joint top of the league but has the chance to become the leaders and open a three-point cushion over their rivals. Not only do they have the chance to win this match and go top, but they also have a golden opportunity to damage the chances of a rival in the process. Victory over Napoli in front of their fans would hand the advantage to AC Milan at a crucial stage of the season and although nothing will be decided in terms of the championship in this game, we will get a strong idea of what to expect from both sides in the remaining games. The eyes of the world will be on this match and it’s up to the players to put on a show.

AC Milan hasn’t been as consistent as their hosts in recent weeks and that caused them to surrender pole position in the table. In their last five league games, we’ve seen Milan take just nine of the 15 points that have been available to them thanks to two wins and three draws. They secured both wins back to back but suffered a drop in standard when drawing each of their last two. The pressure is now on to make a timely return to winning ways but the coaching staff may see the value in another share of the spoils. Avoiding defeat at this stage could be crucial.

Those two draws began with a 2-2 away to Salernitana in a match they were expected to take three points from before being held to a 1-1 at home by a dogged and determined Udinese last Friday. Milan took the lead in that game thanks to a goal on 29 minutes from Leao but Udogie snatched a leveller on 66 minutes to ensure it was another two points dropped by Milan. Nerves look to be sneaking into this team as things begin to get serious.

Napoli is the team playing at home and also holds a slight advantage over the chasing pack but there’s all to play for here. The league won’t be won in this match but we could see the eventual champion leave with three points. Napoli is good enough to win the points but must tread carefully as a loss at home could be disastrous.

AC Milan may be the visitors but they are under as much pressure to win as their opponents. A draw wouldn’t be the worst result for the visitors, keeping them level with the league leaders on the road.

Make sure to bet on Napoli v AC Milan with 22Bet!