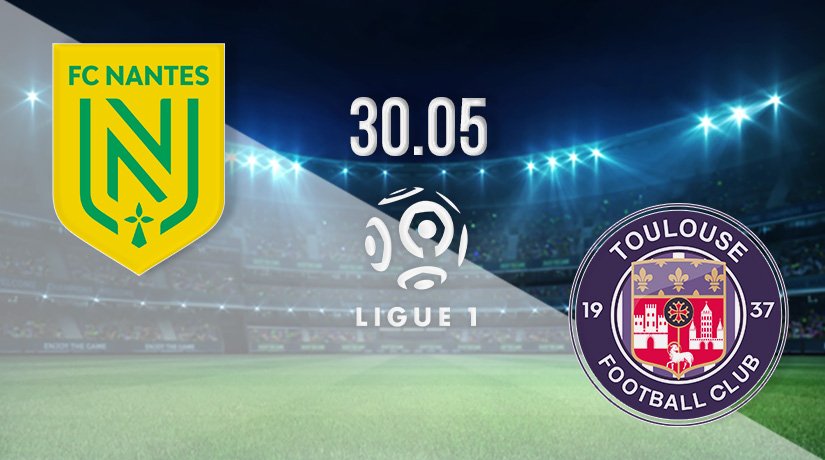 Nantes and Toulouse clash for the second time in three days when renewing rivalries on Sunday from 17:00 GMT. This is the second leg of the Ligue 1 playoff match with a place in the top tier of French football at stake. Which side will grab their opportunity and set up a massive season spent rubbing shoulders with some of the top names in European football?

This promises to be a competitive contest with both teams knowing the value of victory but also understanding the dangers associated with throwing caution to the win. The pain of defeat in this match could be felt by everyone connected to the club for months.

A nervy time for both Nantes and Toulouse supporters, but this will provide armchair fans and neutrals with a fascinating match. Extra time and penalties are available to settle this match if required.

Nantes fail on the final day

It was a season to forget for Nantes as they finished third from bottom of Ligue 1, meaning they occupied the relegation playoff spot. The locals were able to steer clear of the bottom two and avoid automatic relegation from the top level of French football, but there’s still much work to be done if they are to protect their seat at the head table for another season.

They finished the regular campaign with stats of nine wins and 13 draws against 16 defeats, scoring 47 goals but conceding 55. They did win four of their last five league starts to stage a late fightback but suffered defeat on the final day of the season to seal their fate.

Toulouse finished third in Ligue 2 this season, following champion Troyes and runners up Clermont Foot, who will both be playing in Ligue 1 from the summer. Will Toulouse join them at the expense of Nantes? Fans of the visitors certainly hope so, but nothing can be taken for granted in the lottery of playoff football.

They posted stats of 20 wins against ten draws and eight defeats, scoring 71 goals and conceding 42. When taking a closer look at those numbers, we see Toulouse were the highest scorers in the division but will look back on too many draws as the reason they failed to land automatic promotion.

There’s everything to play for in this match, and a nervy 90 minutes is expected. Nantes hold the home advantage and take confidence from their winning form towards the end of the season. Toulouse boasts recent Ligue 1 experience and will hope to continue their scoring ways against a fragile defence.

Make sure to bet on Nantes vs Toulouse with 22Bet!