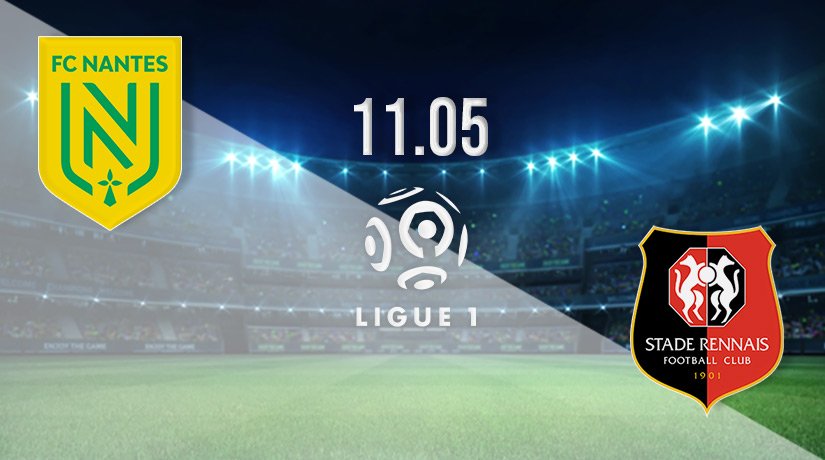 Rennes will be looking to keep alive their hopes of a finish in the Champions League places on Wednesday evening when they come up against Nantes. Only victory for the travelling side would see them move level on points with Monaco in the battle for third.

The battle for the third and final Champions League spot in Ligue 1 looks set to go down to the wire this season. Monaco currently hold a three-point advantage, but Rennes will be looking to join their rivals of 65 points this week. Victory for the away side this week will mean that both sides will sit level on points, but Rennes will move ahead of Monaco based on their superior goal difference.

Rennes have been in solid form over the past couple of weeks, as they have won their last two games. In fact, only Marseille and PSG have picked up more victories in the French top-flight this season. Rennes recorded a second straight victory in the league last time out, as they managed to secure a 2-0 win against St-Etienne.

Nantes will have home advantage this week, as they look to add to their one win in their last five fixtures. Their only victory during this period was recorded in their last home fixture, as they beat Bordeaux 5-3. However, the confidence within the team should be extremely high, as they got their hands on a first French Cup since 2000 in their previous fixture.

It was a historic day for the club, as Ludovic Blas scored the match-winning goal in the 47th minute to seal a fourth French Cup title for Nantes. They will now be looking to end the domestic season on a high.

Nantes vs Rennes Head to Head

Rennes boasts a very strong recent record in this fixture, as they are unbeaten in the previous four meetings. They have picked up three victories during that period. Meanwhile, the Nantes win in September 2019 remains their only victory in the previous 16 meetings between the sides in Ligue 1.

The atmosphere at Nantes for this game on Wednesday will be excellent. However, it’s hard to look past the dominant record that Rennes have against their rivals. For that reason, the preference would be for the travelling side to take the points to improve their chances of a Champions League finish this term.

Make sure to bet on Nantes vs Rennes with 22Bet!