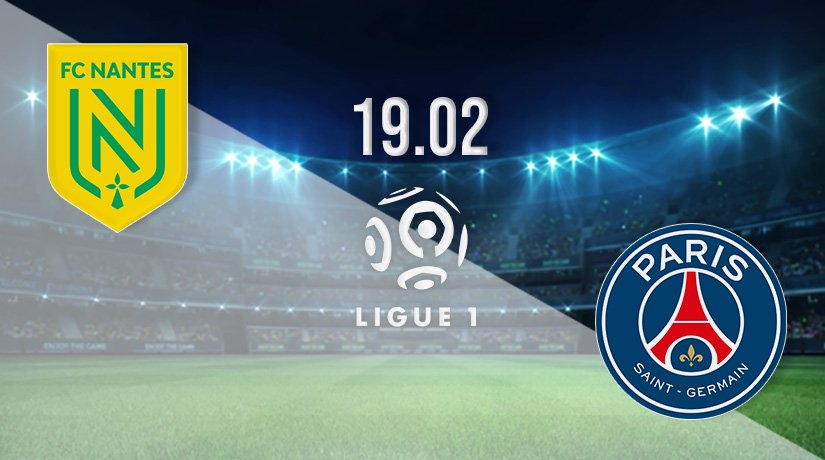 French Ligue 1 leaders PSG will be looking to extend their advantage at the top of the standings this weekend as they visit Nantes. The Parisians should be in good confidence after a huge win in the opening leg of their round of 16 clash against Real Madrid.

The attention turns back to domestic competition in France for PSG this weekend, as the high of Tuesday’s Champions League win against Real Madrid must be put to one side. PSG have opened up a commanding advantage at the top of the standings in Ligue 1, as they sit 13 points clear of Marseille coming into this round of fixtures.

Kylian Mbappe has scored both dramatic winners, with his 93rd minute goal being the difference against Rennes last weekend. The Frenchman also scored in the 94th minute against Real Madrid in mid-week.

Nantes will be no push overs for PSG this weekend, as they will be looking for vital points in their race to finish in a European position this term. The French side are currently ninth in the Ligue 1 standings, but are just two points outside of the Europa League positions.

Their recent form has been relatively decent, as they have won two of their previous three games. An unlikely success this weekend could see them move ahead many of their rivals for European football this season. Their latest win came against Reims, as Moses Simon scored the winning goal after 17 minutes.

Nantes vs PSG Head to Head

PSG are riding a wave at present, and their win over Real Madrid in midweek will see them come into this fixture in great confidence. We can’t see past the travelling side taking the points this weekend, and could see them claiming a 3-0 success with Mbappe once again getting on the scoresheet.

Make sure to bet on Nantes vs PSG with 22Bet!