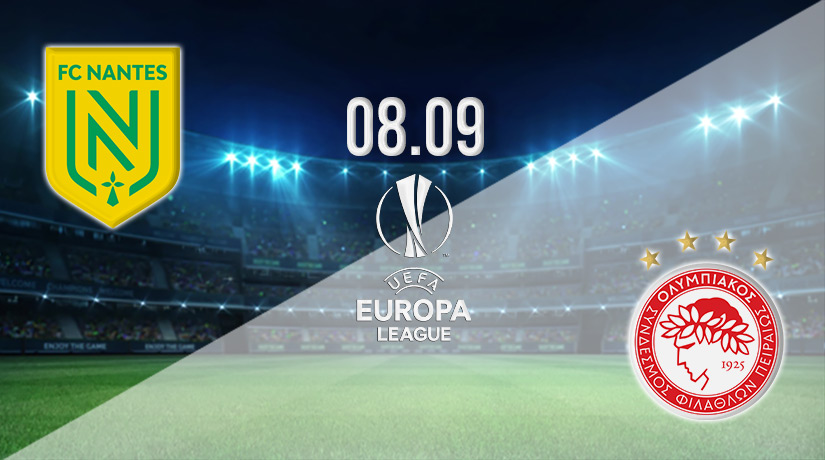 One of the most open Europa League groups this campaign comes in the form of Group G. All four teams have solid chances of finishing in the top two places, which means a strong start is required for all teams involved to enhance their chances of qualification. Nantes will have home advantage on matchday one, as they welcome Olympiakos to France.

It will be a welcome return to European competition for Nantes this week, as the French side plays in Europe for the first time in over 20 years. Their last showing in a European competition came in the Champions League, as they were knocked out in the second group stage. However, they will be hoping for better in the Europa League this term.

However, they will need to perform better than they have in the early weeks of the Ligue 1 season if they are to achieve that, as they have won just once in their opening six league fixtures this term. That start to the season sees them sit 13th in the current standings, as they have scored just six times and have allowed eight goals. They were easily beaten in their previous fixture, as they lost 3-0 at home against PSG.

Olympiakos may be the slight favourites to progress from this group as winners, as they have more experience in European competition than any of their rivals. They are also a side that have been productive over the early weeks of their domestic season, as they have won two of the three games that they have played. The Greek side has allowed just one goal to this point, and have scored five.

They come into this fixture after picking up victory in their latest match, as they claimed a commanding 3-1 victory at home against Ionikos. Andreas Bouchalkis opened the scoring in that win, before Pep Biel doubled the advantage before the half time break. The points were wrapped up in the fifth minute of injury time, as Youssef Al-Arabi got himself on the scoresheet.

Nantes vs Olympiakos Head to Head

Nantes haven’t come up against Greek opposition since the UEFA Cup in the 1999-2000 season. The French side were very impressive on that showing, as they beat Ionikos both home and away. Meanwhile, Olympiakos has clashed with French opposition on 30 previous occasions, losing on 15 occasions and winning nine times.

Due to how competitive this Europa League group is likely to be, getting off to a quick start could be crucial for all the teams involved. However, we could see this being a very cagey fixture, with neither side looking to give too much away. Therefore, we like the chances of this Europa League fixture ending in a low-scoring draw.

Make sure to bet on Nantes vs Olympiakos with 22Bet!