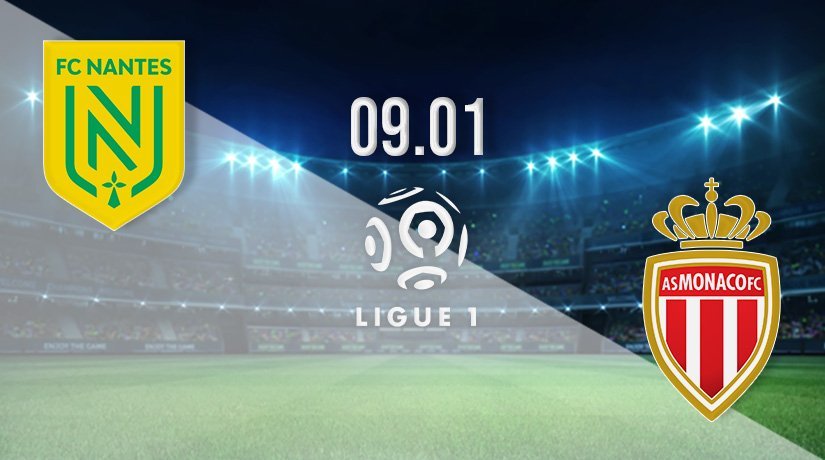 The French top-flight resumes this weekend with an interesting fixture between two sides that are fighting for European places this term. Monaco are currently sitting in sixth in the standings, while Nantes are a place further back in seventh. But, which side will take the points this weekend to improve their chances of European qualification?

The race for European places in France this season looks set to be one of the most captivating contests. Only the top three qualify for the Champions League, and both Nantes and Monaco will be hoping to build up momentum and challenge for one of those places in the second half of the season.

Monaco were slow starters in Ligue 1 this season, but have steadily built momentum as the season has progressed. They sit sixth coming into the resumption of play in the French top-flight, and have won three of their last four games.

Monaco’s last game in the French Ligue 1 came three days before Christmas, as they beat Rennes 2-1 at home. It was a vital victory if they are to finish in the Champions League positions this season, and only time will tell how important Kevin Volland’s strike 20 minutes from time will be.

Nantes are just a place below Monaco in the current standings, but can move above their rivals with a victory this weekend. They are just a point behind Monaco, and three off the sides in the Europa League places at present.

Nantes are one of the form sides in Ligue 1 coming into the resumption, which means that the winter break likely didn’t come at an ideal time for them. They have won their last three games in the French top-flight, scoring five goals and conceding just twice.

Nantes vs Monaco Head to Head

Nantes have gone seven without a victory against Monaco in Ligue 1. Their last win came back in November 2017, as they won their home game in that season 1-0. The previous meeting between the sides this season ended in a 1-1 draw, with both goals being scored in the first 45.

Both Nantes and Monaco have been in great form over recent weeks, which makes this a testing game to call. However, the preference is narrowly for the home side, who we believe have the momentum to win a fourth straight game in Ligue 1 this weekend.

Make sure to bet on Nantes vs Monaco with 22Bet!