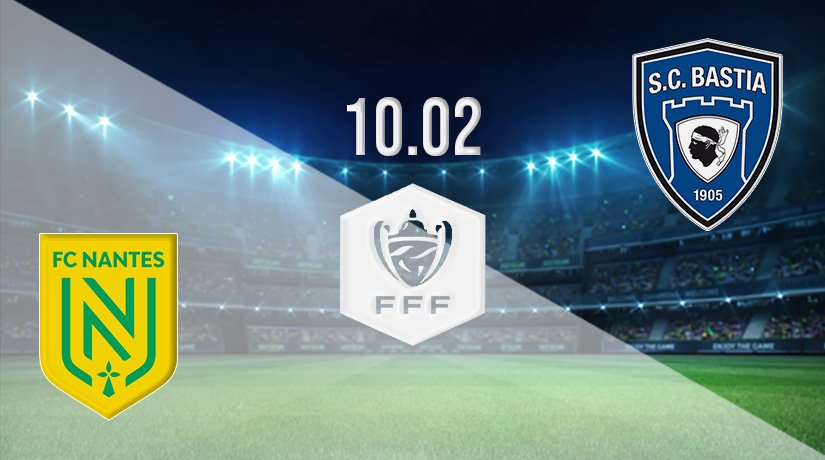 Nantes will be looking to win the French Cup for the fourth time in their history this season. They last achieved a success in the competition back in the 1999-2000 season. The following season, the club won Ligue 1, which was their last major success in France.

They may be a fair bit away from challenging for a league title again, but progressive steps have been taken by the club this term. Nantes are currently tenth in the top-flight, and are just five points off the Europa League places. A success in this domestic competition would certainly highlight a positive campaign.

Nantes were very professional in the last round of the competition, as they eased to a 2-0 success against Brest in the round of 16. Ludovic Bias was the match-winner for the hosts in that game, as he scored twice.

Bastia have endured a difficult past couple of years, as they have quickly fallen down the divisions into Ligue 2. They are struggling to stay in that division this season, as they currently sit 17th. However, they will be boosted by the historic tales of success in this competition, as Bastia have won the French Cup on one previous occasion.

They overcame Ligue 1 opposition in the previous round of the competition, as they beat Reims on penalties away from home. The Ligue 1 side appeared to be sailing through to the next round, but Sabastien Salles-Lamonge levelled with 20 minutes remaining before Bastia won on spot-kicks.

Nantes vs Bastia Head to Head

Bastia have picked up eight victories in 26 matches against Nantes. Meanwhile, the hosts this week shade the head-to-head record having claimed nine victories. Close matches have often been regular in this match-up, with nine ending in draws. An average of 2.08 goals are scored in this fixture.

Ligue 1 side Nantes look to be the most logical bet in this fixture, but we could see them being pushed hard by Bastia. We would take a chance on the draw after 90 minutes, with Nantes eventually making it through.

Make sure to bet on Nantes vs Bastia with 22Bet!