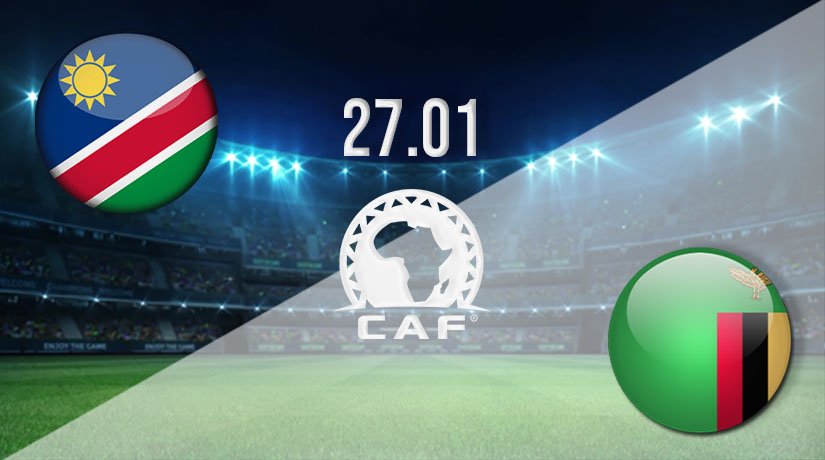 Followers of this year’s African Nations will be delighted to learn the play continues this midweek with one of the standout fixtures scheduled for Wednesday. Namibia and Zambia cross paths and those following the live action on TV hope this one lives up to the promise and provides us with an entertaining and evenly matched 90 minutes of football.

Namibia and Zambia have met seven times already in competitive action with the head-to-head stats showing Zambia have three wins with Namibia showing only one for their efforts, three games ending in a draw. Zambia did claim a comfortable 4-1 win when the sides last met in this tournament two years ago.

When checking the current world rankings according to FIFA you’ll find Namibia a lowly 119 and that will come as little surprise to followers of international football. The Brave Warriors did climb as high as 68 but that was back in 1998 and they have continued to drop down the pecking order since. That slump is showing no signs of slowing down either.

Namibia have appeared in the African Nations only three times before, first qualifying in 1998 and again in 2008 and 2019. They have never gone beyond the group stages on each attempt, playing the fewest possible games before being eliminated. Many pundits expect something similar here.

Zambia are much more experienced in the African Nations than their opponents and have qualified for the tournament a total of 17 times already, first in 1974. That is seriously impressive, and they were good enough to win the title, crowned champions in 2012. That was a memorable occasion for fans, but they’ll believe their team can repeat the feat.

Despite being previous winners of this cup we find Zambia down in 90th place in the FIFA world rankings having never qualified for the World Cup. They have been as high as 15 back in 1996 but it’s unlikely we’ll see them back near that level anytime soon.

Zambia are former champions at this level and much more experienced in the African Nations group stages. They’ll want to show that by winning this game, but Namibia aren’t here to simply make up the numbers and could pose a threat.

Make sure to bet on Namibia vs Zambia with 22Bet!