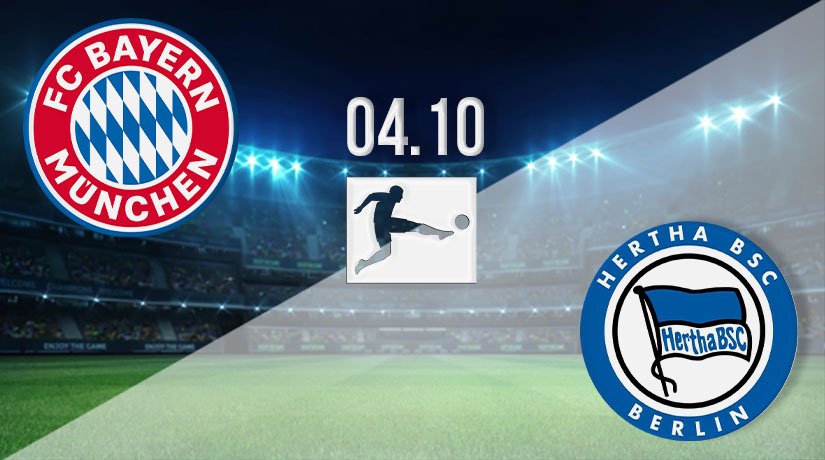 Bayern’s Munich’s perfect record in 2020 was brought to a shocking end last time out in the Bundesliga, but they will be favourites to get back to winning ways when Hertha Berlin visit the Allianz Arena this weekend.

There haven’t been many disappointing days for Bayern Munich fans in 2020, but there was certainly a game to forget last time out in the Bundesliga. Bayern travelled to Hoffenheim having won all but one game in 2020, but they were handed a heavy defeat on the road against an exciting Hoffenheim side. Ermin Bicakcic opened the scoring after 16 minutes, before Mu’nas Dabbur doubled the lead less than ten minutes later.

Bayern looked to get back into the game when Joshua Kimmich pulled one back, but a late double from Andrej Kramaric compounded a miserable day at the office for Bayern. The German and European champions have since bounced back from this setback, as they beat Borussia Dortmund in the German Super Cup. Kimmich scored the late winner in the game with eight minutes remaining. The other scorers in the win for Bayern were Corentin Tolisso and Thomas Muller.

It has been a steady start to the new season for Hertha Berlin, as they have won once and lost once. Hertha will be looking for another comfortable season in the Bundesliga this term, as it is unlikely that they will have the quality to challenge for a European place. They claimed their only win of the season so far on the opening day, as they beat Werder Bremen 4-1 away from home. However, they were beaten by Eintracht Frankfurt in their last outing, as the travelling side ran out 3-1 winners. Hertha will be looking for a response from this setback, but there aren’t many more difficult fixture in the world of football than a trip to Bayern.

Bayern were brilliant against Dortmund in mid-week, but they will be keen to get back to winning ways domestically. If they can reach anywhere near their best level, then this could be an afternoon to forget for Hertha Berlin. The handicap market may need to be used for gamblers to get value on the Bayern win.

Make sure to bet on Bayern Munich vs Hertha Berlin with 22Bet!