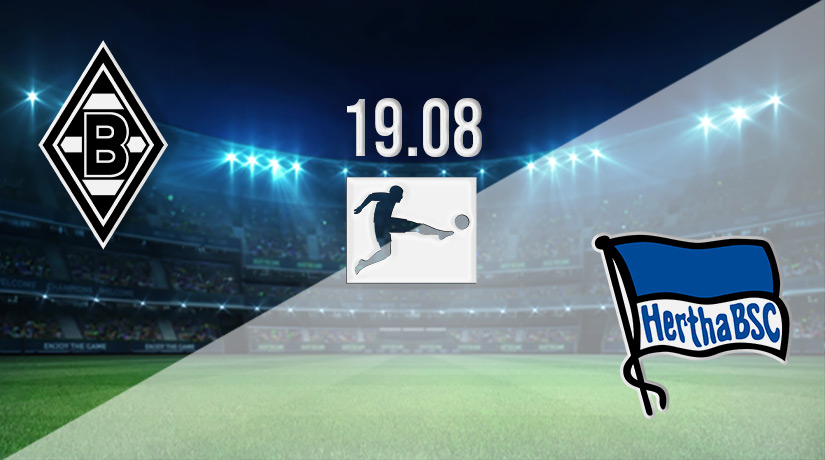 After a win and draw from their first two matches, Borussia Monchengladbach will host Hertha Berlin on Friday in the Bundesliga as they look to make it two wins in a row. On the other hand, Hertha will be looking for their first win after beginning the season with a draw and a loss. The two teams clash Friday at Borussia Park at 19:30GMT.

Can Monchengladbach make it two wins in a row in the Bundesliga?

After collecting four points from the available six in the opening two matches of the Bundesliga season, Monchengladbach will focus on making it seven out of nine when they face Hertha on Friday.

Daniel Farke will focus on leveraging home support at Borussia Park as he seeks to take all three points from this match ad keep the pressure on the two teams – Bayern Munich and Borussia Dortmund.

Farke will insist that his players display performance of high-energy, defensive solidity, and attacking flexibility to take all points.

Farke will also seek to move on from the disappointing 2-2 draw away at Schalke 04 last weekend and get back to winning ways.

Can Hertha get their first win of the season at the third time of trying?

Hertha have not had a good start to the season; they have lost once and drawn once, taking one point out of the available six.

Sandro Schwarz will be looking to give his team its first win this season, thus getting their campaign up and running. The focus in this match will be solidity to ensure that they do not give Monchengladbach the spaces they need to exploit.

Schwarz will also know that this will be a p[hysically tasking match and that all players will need the right mentality and work rate to bolster their chances of getting something away from this fixture.

Gladbach had two draws in their pre-season friendlies against RKC Waalwijk (1-1) and Real Sociedad (1-1) ahead of the resumption of competitive football. However, they won their first competitive match 9-1 in the DFB Pokal against Oberachem.

They followed this run of form with a 3-1 opening weekend win over Hoffenheim. However, they dropped two points away to Schalke 04 in a 2-2 result.

The focus in the next match for Farke is to get his men back to winning ways and maintaining pressure on the pacesetters of the Bundesliga season – Borussia Dortmund (second with 6 points) and Bayern Munich (first with six points).

Hertha have been in a poor run of form heading into the Bundesliga season. In their last two pre-season friendlies, Hertha lost to Nottingham Forest (3-1) and West Bromwich (2-1).

In their first competitive match, in the DFB Pokal, Hertha drew 4-4 with Eintracht Braunschweig and subsequently lost in the penalty shootout.

Hertha also lost their first Bundesliga match against Union Berlin in a 3-1 reverse. Last weekend, they took a point after holding Eintracht Frankfurt to a 1-1 draw.

Sandro Schwarz will be looking to arrest this bad form when they travel to face Monchengladbach on Friday.

The 25-year-old Frenchman has made a sterling start to the season for Monchengladbach. His pace, finishing instinct, movement, and link-up play have been crucial for the positive start Gladbach have made into the new season.

The striker opened his account in the Bundesliga’s new season in the 3-1 over Hoffenheim while also notching a goal in the 2-2 draw against Schalke 04 last weekend.

Thuram will be crucial in the match against Hertha as Farke’s men look to maintain their good start to the season.

The 25-year-old German midfielder is a lynchpin for Hertha offering the much-needed energy and work rate to ensure its midfield is working effectively. He also contributes to goals and assists.

The midfielder scored the opening goal in the match in the 3rd minute against Eintracht Frankfurt, before they were pegged back by a Daichi Kamada strike in the 48th minute.

He will be crucial in the clash with Monchengladbach on Friday as Hertha seek their first win of the Bundesliga season at the third time asking.

Monchengladbach will be seeking to dominate the match territorially as they boss possession and implement a robust pressing approach. They will look to pin Hertha back and use their territorial advantage to create goal-scoring chances.

Hertha will seek to be solid in their approach to the match; the focus will be on ensuring they do not concede easily, and that Gladbach’s attacking players are denied spaces in behind.

Monchengladbach are the favorites to win this match and take all three points.

Make sure to bet on Monchengladbach vs Hertha with 22Bet!