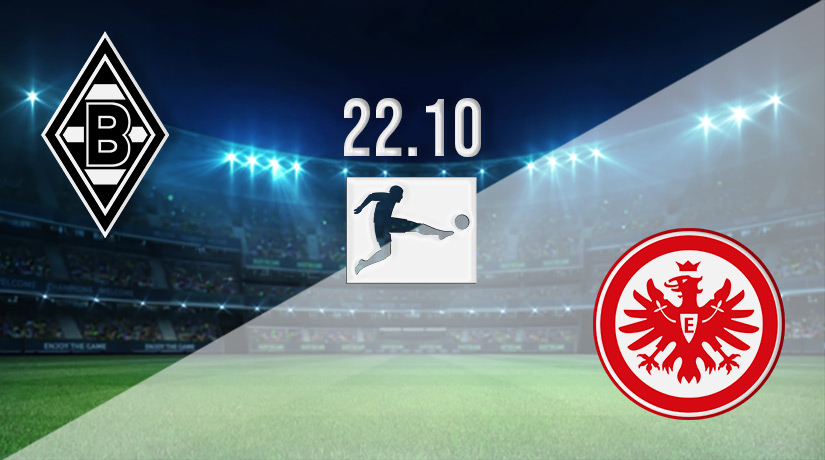 It is sixth versus fifth on Saturday as Monchengladbach will play host to Eintracht at Borussia Park at 17:00 GMT as both sides look to regain their consistency of performances and get the three points they need to push for the top-four position in the Bundesliga before the World Cup kicks off in November.

Can Monchengladbach Leapfrog Eintracht on the Table with a Win?

Daniel Farke will be looking to bolster his side’s consistency in performances and results this season as they look to sustain their assault for the top four.

A home clash against Eintracht presents a good opportunity for Farke and his charges to push on and get the three points they need to enhance their case for a top-four chase this term.

Energy, tempo, and power are the core attributes that define the Monchengladbach style of play; they will look to impose it on their opponents on Saturday as they look to overwhelm them and take the win.

Can Eintracht Jump into the Top Four with a Win away from Home?

Oliver Glasner’s charges are level on points with 4th-placed Hoffenheim heading into the 11th round of the Bundesliga season.

Eintracht will be looking to take the three points they need to bolster their top-four charge this term, while also opening up a gap from Monchengladbach, which currently stands at one point.

Glasner will prepare his side emotionally and physically to be ready for a tough examination from Monchengladbach and they should match the intensity, physicality, and tempo of the home side if they are to stand a chance of taking something from this clash.

The Borussia-Park side have won four times, drawn four more times, and lost twice in their opening ten outings in the Bundesliga this term. This run has seen them collect 16 points out of the available 30.

Monchengladbach scored 18 times this season while conceding 14 times. These statistics highlight their fluidity and cutting edge going forward; however, it also underscores their defensive frailties that have become their Achilles Heel so many times this season.

In their last five fixtures in the Bundesliga, Monchengladbach have won twice, drawn two times, and lost one. This run has resulted in eight points gained and seven dropped.

Eintracht have had an average start to their Bundesliga campaign; they have amassed five victories, two draws, and three losses so far this term. This run has resulted in 17 points, which has allowed them to sit 5th on the long, level on points with 4th-placed Hoffenheim.

Oliver Glasner’s men have scored 21 goals and conceded 17 in this run. The goals-scored column highlights the team’s potency going forward; however, the fact that they have conceded 17 in the process underscores their defensive challenges in the league this term.

Over the last five outings, Eintracht have won three times and lost twice; they have collected nine points and dropped six in the process.

The 25-year-old French forward has scored seven goals in 10 appearances for Monchengladbach this term. He has also provided two assists so far this season.

The striker’s dynamic play, pace, movement, and power are important attributes that have added another dimension to Monchengladbach’s attack. He will be important in their clash with Eintracht.

Muani has been one of the most influential players in Eintracht’s progressive forward play this term. He has been involved in eight goals this season. He has scored three times while providing five assists.

His influence is also crucial in the defensive phase of the team; he helps press from the front and drops into midfield areas to help with the creative process.

The 23-year-old will be important in driving Eintracht forward in their clash with Monchengladbach on Saturday.

Monchengladbach will focus on maintaining their high-energy and high-tempo performance based on a front-foot approach with pressing across the pitch to put pressure on the opposition.

Eintracht will seek to absorb pressure, bid their time, and start dominating the game through progressive and vertical passing.

Monchengladbach will win the match and take the three valuable points.

Make sure to bet on Monchengladbach vs Eintracht with 22Bet!