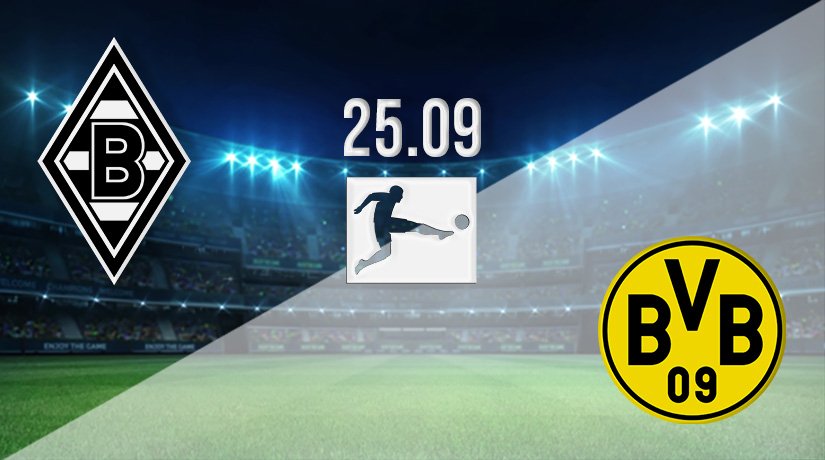 We enter round six of the German Bundesliga season and the division is beginning to take shape with the best teams forcing their way to the head of the table while the stragglers drop towards the danger zone. This weekend’s action begins on Friday evening before the bulk of matches are played on Saturday then spill over to Sunday. The pick of the rounds sees Borussia Monchengladbach host Bayern Munich on Saturday from 17:30 GMT in an intriguing match that will be covered by TV stations worldwide.

Borussia Monchengladbach is a side aiming for a top-four finish and returns to the UEFA Champions League next season but to give themselves the best chance of achieving that; they must perform at home and get the crowd cheering. Borussia Dortmund also has a top-four finish in their sights and can prove their credentials with a win on the road over one of their main rivals early in the campaign.

The head to head stats associated with this match tells us we should prepare for a competitive 90 minutes. Borussia Dortmund holds the lion’s share of wins between the pair, with 42 victories against the 31 of Borussia Monchengladbach and 28 draws. The sides met three times last season in league and cup duty, with Dortmund winning two and Monchengladbach the spare. Which team will come out on top here and grab a valuable three points? Let’s take a closer look.

Hosts are off to a dreadful start

Monchengladbach fans may have entered this season with optimism, hoping to improve on recent efforts and get closer to challenging the division’s top teams. They can still do that, and there’s a lot of football to be played, but Borussia is off to a dreadful start and can be found much nearer the bottom of the league and the relegation zone than the top the table and the Champions League slots. They have stumbled out of the traps, and fans are already worried about what the future holds. The locals must stop the rot and put together a run of victories if they are to drive themselves up the ladder and towards the prizes. Everyone will want to see that fightback start here.

Borussia is 16th in the table with their stats for the season so far, showing one win and one draw against three defeats. They have taken just four of the first 15 points up for grabs, and that leaves them in the relegation playoff place, just a point above the drop zone. Immediate action is required if they are to save their season, which already looks like it could unravel quickly. They have scored five goals and conceded nine which is a decent goals scored return rate, but the nine leaked is cause for concern, and the coaching staff must work to help their players plug those gaps.

We last saw Monchengladbach in action a week ago when suffering another painful loss that was made to feel all the more desperate as it came on the back of a rare win. Borussia claimed their first victory of the season thanks to a 3-1 cheer over Arminia Bielfeld when last at this venue. That gave the fans reason to believe the fightback was on, but that optimism was stamped out last Saturday when Borussia was beaten 1-0 away to Augsburg. That is a match they were favourites to win and really should have got something from.

Dortmund are finding their feet

It is an important season for Borussia Dortmund as fans want to see them challenge Bayern Munich for the German league title. They certainly have the players to achieve that and look good enough on paper to return to the summit of the game in Germany, but they must find consistency if they are to threaten Munich. The visitors got off to a slow start when taking three of the first six points available to them, but they were able to bounce back, and Borussia Dortmund are now finding their feet, winning each of their last three league games. That turnaround has pushed them up into a prominent position in the league.

Dortmund’s form so far reads four wins against one defeat with a dozen points on the board, one less than early leaders Bayern Munich and Wolfsburg. They are two points clear of Bayer Leverkusen and Mainz, who sit in third and fourth, respectively. Interestingly, Borussia scored 17 goals and conceded 11, making them the league’s second-highest scorers behind leaders and champions Bayern Munich. There is cause for concern at the other end of the park though as Dortmund have one of the worst defences in the league.

Borussia was last seen in action, claiming what was their third win on the bounce when beating Union Berlin. That was an emphatic performance that saw the victors ease to a simple 4-2 victory, with Haaland scoring twice to continue his good form. They also beat Besiktas 2-1 away from home in the Champions League. Confidence is high in the team, with Dortmund on a winning run in all competitions and scoring plenty of goals. Improving their defence will be key to challenging for the title, though.

Here we have a match where a struggling side plays host to one full of goals and high on confidence. If this game were to follow the form of both clubs, it would produce a solid away win for Borussia Dortmund. If only things were that easy. The German Bundesliga is notorious for throwing up shock results, and that’s just one of the reasons why followers love it. Will this match follow the form and give us an away win, or can the locals cause an upset and claim three points?

Dortmund has been playing fantastic football so far this season, but they aren’t unbeaten, and that shaky defence will give encouragement to the home team. It’s likely followers of Borussia Monchengladbach would see a draw and share of the spoils as a decent result as they aim to see the team get back on track but getting anything from this game won’t be easy. Dortmund will come to win.

The pre-match betting available at 22bet on this German Bundesliga game has Borussia Monchengladbach trading at 3.96 for the win with Borussia Dortmund 1.816 and the draw 4.

Make sure to bet on Monchengladbach v Dortmund with 22Bet!