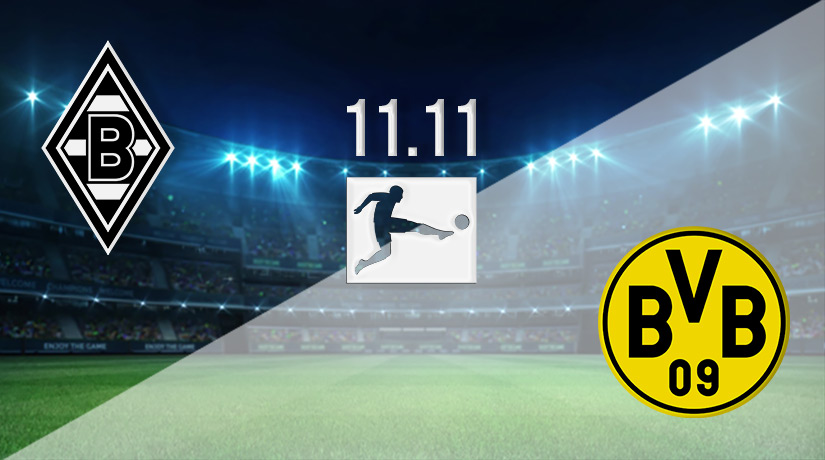 Welcome to another round of fixtures from the German Bundesliga, and there are lots to keep fans entertained over the coming days. It’s not long until club football competitions, including the English Premier League, German Bundesliga, and Spanish La Liga, are put on ice until after Christmas, making way for the World Cup in Qatar. Followers of the beautiful game can’t wait to start as the competition arrives in the Arab World for the first time, making history before the end of the year. But there’s still time to squeeze the last bit of fun out of the leagues.

We hit the ground running in the Bundesliga with a fantastic match scheduled for Friday evening as Borussia Monchengladbach takes on Borussia Dortmund with three vital points on the line. This match won’t determine where Borussia and Dortmund finish this season, but both sides will know the value of heading into the winter break on a strong run of form. That will make their return to action during the festive period easier. The best way to minimise disruption is to leave on a win and return on a win.

Monchengladbach holds the home advantage for this match and will be eager to make it count, adding a win to their tally to delight supporters. With both clubs enjoying wins in their matches last weekend, the scene is set for an enjoyable 90 minutes of action. Which club wants it more and is willing to put their bodies on the line to earn an important win? That remains to be seen, but with the game set to be shown live on television, we know it will be great fun finding out.

It has been a difficult season for followers of Borussia Monchengladbach as they have watched their side threaten a challenge but lack the composure and consistency required to make it happen. The home team entered the week placed eighth in the table, with their stats for the season showing five wins, four draws, and four defeats, scoring 23 goals but conceding 20. When we take a closer look at those numbers, we note Monchengladbach has won only one of their last four outings, but the spare did come in their last match.

Borussia’s form means they have 19 points on the board, leaving them nine behind league leaders Bayern Munich. The Bundesliga is already more competitive this season than in the previous campaign. No one in Borussia will be ready to press the panic button over those poor results. Nine points behind the leaders and last season’s champions aren’t ideal, but they remain in the hunt, and fans can’t ask much more than that from their players. Win at home on Friday, and Monchengladbach will rise to the top six and a European place.

After taking one point from the nine available to them, Borussia finally got the win they desperately needed when hosting Stuttgart last weekend. That was a game the players knew they had to win, and it was a relief for all connected to the club when the players delivered, scoring a 3-1 victory to inject some much-needed optimism into the stands. Goals from Hofmann, Thuram, and Herrmann were enough to secure victory, and the game was never in doubt. Borussia was always in the driving seat that day, and plenty of positives can be taken from the match.

Dortmund aiming for a fourth win

Borussia Dortmund starts every season as one of the favourites to challenge for the Bundesliga title. Bayern Munich has an iron grip over German football, which has been the case for over a decade now, but Dortmund is viewed as a team capable of upsetting the odds and making FCB work for the trophy. Do they have what it takes to lay down a real challenge and make the current league leaders uncomfortable? The class and experience are there. All the visiting side for this match lacks is a bit of momentum and self-belief. A strong run of results could shunt Dortmund back into the running. With this being a Friday night game, it’s also a chance to impress a wider audience.

We find Borussia Dortmund sitting fourth in the German Bundesliga with stats of eight wins, one draw, and four defeats, scoring 23 goals and conceding 15. The visitors went into the week with 25 points on the board, which has them fourth in the division, just three points off the pace set by Bayern Munich. Get a win this Friday night start, and it would catapult Dortmund into the running, applying pressure to the leaders, at least overnight. These Dortmund players won’t overlook the importance of that opportunity.

Dortmund has won its last three league games after claiming three points against Bochum last Saturday at home. That was an impressive win for the team, with the goals scored by Reyna and a Moukoko double. The match was won, and the points tied up before halftime in an enjoyable match for the fans. They’d love to see something close to a repeat performance this time but know the quality of the opponent improves for Friday’s clash. The visitors are flying with confidence high, a winning run behind them, and fans believe their club could feature in a title race this season. To keep themselves in the mix, they must win again.

Borussia Dortmund scored a stunning 6-0 win over Friday’s opponents when the teams last crossed paths. That result was in Dortmund, but it was Monchengladbach that was victorious when they last played host, winning 1-0 here last September. Dortmund had a man sent off that day, which helped the victors edge ahead.

22bet members looking to make a prediction and place a bet on this match will find Monchengladbach at odds of 3.07 with Borussia Dortmund 2.1 and the draw 3.96.

Make sure to bet on Monchengladbach v Dortmund with 22Bet!