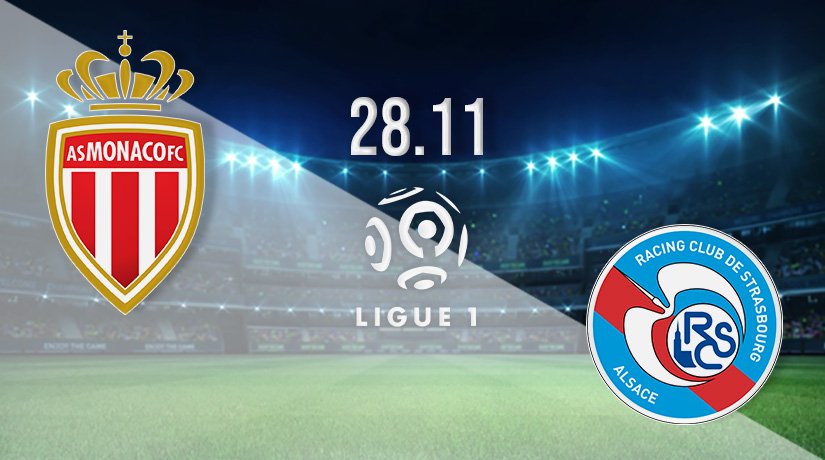 Monaco and Strasbourg are both lingering outside of the European places coming into this round of fixtures. A win for either will lift them up to sixth, and put them just two points behind the Europa League spots in the French top-flight.

It promises to be another exciting battle for European places in the French top-flight this season, and two sides that will be hopeful of getting involved in that challenge meet in Ligue 1 on Sunday evening.

Monaco are struggling for form coming into the fixture, as they are without a win in three, and they have picked up maximum points on just one occasion in their last five games. The hosts have drawn their last two games in Ligue 1, and defeat this weekend could see them drop into the bottom half of the standings.

They played out a 2-2 draw against Lille in Ligue 1 last weekend, as they needed to come back from 2-0 down to earn a point. Krepin Diatta scored the first of the goals for the French giants, before Wissam Ben Yedder levelled the scored with just eight minutes of the 90 left to play.

Strasbourg have been in similar form to their opponents in recent weeks, as they have won just once in their previous four domestic fixtures, and are without a win in two. Like Monaco, Strasbourg have also drawn their last two fixtures in Ligue 1 coming into this fixture.

Strasbourg also needed to score late to avoid defeat in their last fixture, as Jean Ricner Bellegarde scored in the seventh minute of injury time to rescue a point at home against Reims. However, many would have believed that was a missed opportunity, as they would have been heavily fancied to beat their struggling opponents.

Monaco vs Strasbourg Head to Head

The visitors have a very good record in this fixture, as they have picked up victories in four of the previous six meetings. However, they were beaten on their last visit to Monaco, as the hosts came out on top with a 3-2 victory.

Monaco and Strasbourg are both in stuttering form at present, which means a victory for either this weekend would be huge for their European chances. However, given how closely they match up, the most likely result is a score draw.

Make sure to bet on Monaco vs Strasbourg with 22Bet!