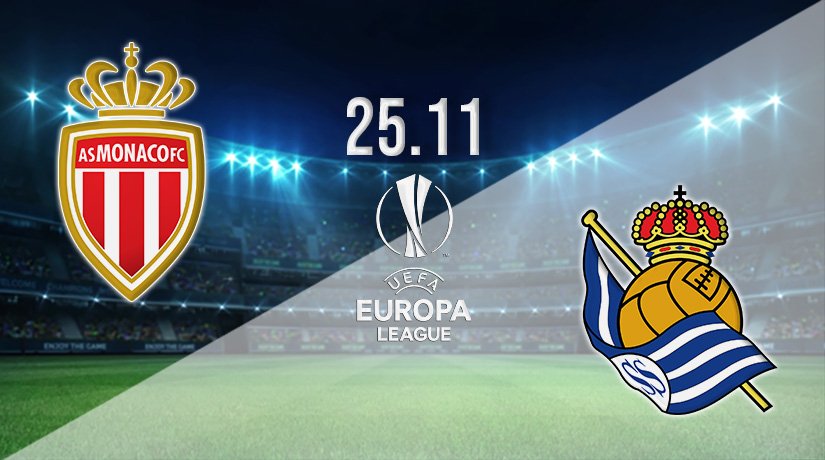 French side Monaco have took firm control of Group B in recent games in the Europa League, and could claim top spot in the competitive group with a victory at home on Thursday evening against Real Sociedad.

Group B was always likely to be one of the most interesting in the Europa League, with no shortage of interesting contenders vying for the top spots in the group. However, Monaco are close to assuring their passage through to the next round, and will be looking to secure top spot with a victory in their final group stage home fixture on Thursday.

Monaco are yet to lose in the Europa League this season, as they have picked up two wins and two draws. Their home form has been slightly more concerning, as they have won just one of the two games that they have played, with that victory coming against Sturm Graz.

The other game ended in a 0-0 draw against PSV. However, top spot could be wrapped up with a third win in five games in the Europa League this Thursday.

Sociedad are the visitors to Monaco this week, and they could move top of the group themselves with a victory. They are just two points below Monaco with two games left to play. The Spanish side have been held to three draws in the four games that they have played so far, but like Monaco, they are still unbeaten.

Sociedad have picked up just one victory in the group stages so far, with that victory coming against Sturm Graz away from home. They certainly need to play much better than they have done in recent games in the competition to take the points this weekend, but they certainly have the quality to be able to do that.

This will be the third time that the two sides have squared off against each other. Sociedad have recorded one win and a draw, while the French side are yet to win a fixture against the La Liga club.

Matches in Monaco in the Europa League this season have been close run affairs, and this looks set to be the same once again. Monaco are close to reaching the next round of the competition, and may see a point as a decent result from this fixture. A draw looks the best bet.

Make sure to bet on Monaco vs Real Sociedad with 22Bet!