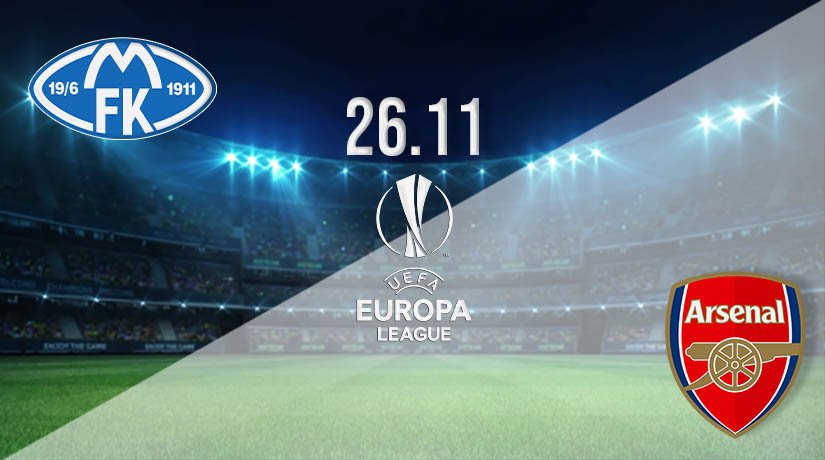 Arsenal will come into this Group B clash in complete control of the their Europa League group. Molde will be looking to avenge the first defeat that they suffered in the Europa League in their last fixture.

Arsenal haven’t scored a goal from open play in nearly eight hours in the Premier League, but in the Europa League they have fared better. The Gunners have been in excellent form in Europe so far this season, as they have won all games that they have played in this competition. Mikel Arteta’s side have conceded just two goals so far, and have scored nine goals.

The Gunners were excellent in their last Europa League fixture against Molde, as they overcame a 1-0 deficit to run out 4-1 winners. Martin Ellingsen opened the scoring for Molde in the game, before the Gunners pulled level on the stroke of half-time. Kristoffer Haugen and Sheriff Sinyan both scored own goals in the game for Molde, before Nicolas Pepe and Joe Willock wrapped up the three points for Arsenal in the final 20 minutes. Arsenal will be looking to match that intensity once again in the away game against the Danish side this week.

That defeat was the first one that Molde have suffered in the Europa League so far this season. They still remain in a strong position to qualify for the next round of the competition, as they won their opening two games. However defeat in this game could see Rapid Vienna overtake them in the standings. Molde beat Rapid Vienna and Dundalk in their opening two games, but they will be anxious to get back to winning ways in this fixture. However, it will be a difficult challenge for them in this fixture.

Molde will be missing Kristoffer Haraldseid for this fixture, as he picked up a season-ending knee injury. Meanwhile, Ohi Omoijuanfro will also be missing through illness. The Gunners are missing Sean Kolasinac and Mohamed Elmeny will be out through COVID-19 Thomas Partey is also a doubt, while Gabriel Martinelli will still be absent.

Arsenal will be the team to beat in this fixture, and it will be hard to see anything other than a win for the Gunners in Denmark this week. Pierre-Emerick Aubameyang will be the star man for Arsenal once again.

Make sure to bet on Molde vs Arsenal with 22Bet!