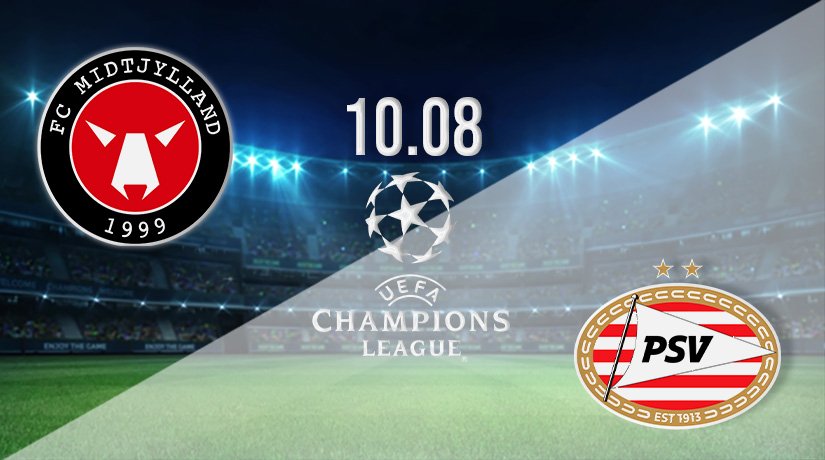 Midtjylland vs PSV Prediction: Champions League Third Qualifying Round on 10.08.2021

PSV travel to Denmark this week with one foot in the next round of the Champions League. The Dutch outfit took a commanding first leg advantage, and will be looking to ease through with another positive result on the road against Midtjylland.

It would seem as though Midtjylland’s journey in the Champions League is going to come to an end on Tuesday evening, as they face an uphill battle to overcome the defeat that they suffered in the first leg. PSV were far too strong in the first leg of the tie, as the Dutch side claimed a commanding 3-0 victory in Eindhoven. It was a slow start for the Danish side, which was ultimately costly to their chances of reaching the next round. Midtjylland conceded three goals in the opening half at the Phillips Stadion, with PSV going ahead after just 20 minutes through the very impressive Noni Madueke.

PSV didn’t let up on the pressure that they were putting Midtjylland under, as they scored two further goals in the next 15 minutes. Mario Gotze continued his excellent start to his career in the Netherlands by scoring the second goal, before Cody Gakpo ensured that PSV were able to take a commanding lead back to Denmark by scoring the third with 15 minutes of the first half remaining.

Midtjylland were able to bounce back to form in their most recent domestic outing, as they won 4-1 against Vejle BK. Gustav Isaksen opened the scoring, before second half strikes from Erik Sviatchenko, Anders Dreyer and Awer Mabil made sure of the win. PSV also started their domestic season with an emphatic success, as they beat Ajax 4-0 in the Johan Cruijff Shield. Madueke scored twice in that win over their rivals.

The hosts will still be without Aral Simsir for the game on Tuesday, as the striker recovers from COVID-19. PSV will once again have a near fully fit squad to select from. Only Richard Ledezma is out for the Dutch side, as he continues to recover from an ACL injury.

PSV have looked like one of the most impressive sides in the early rounds of the Champions League this season. They should be able to claim another win against Midtjylland to ease through to the next round of the competition.

Make sure to bet on Midtjylland vs PSV with 22Bet!