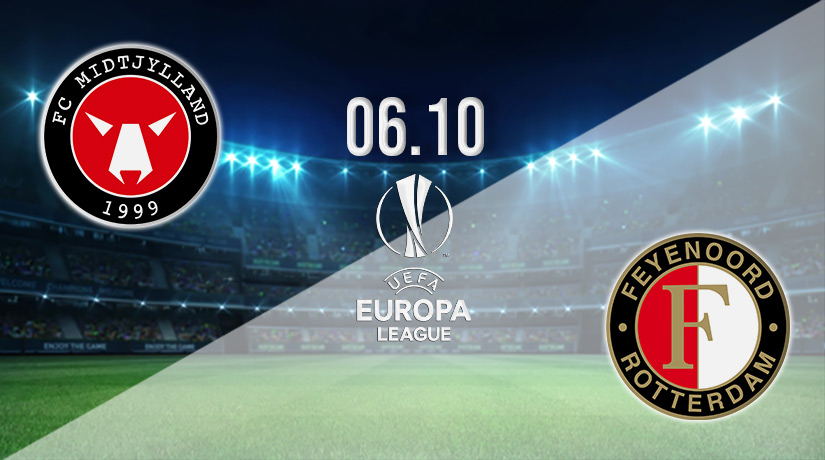 Group F looks to be one of the most open Europa League battles this season, with all teams coming into this round of fixtures with three points. Two sides that will be looking to make their charge towards top spot in the standings this week will be Midtjylland and Feyenoord.

There looks to be very little separating the sides in Group F of the Europa League this term, which means every fixture will be crucial when it comes to determining the two sides that will progress. Feyenoord come into this round of fixtures sitting top of the standings at present, as they have scored a staggering eight goals in the two games that they have played.

They bounced back from defeat in the opening round of fixtures on the previous matchday, as they hammered Sturm Graz 6-0 at home. Alireza Jahanbakhsh scored twice in that victory, while further goals were added by David Hancko, Danilo, Santiago Gimenez and Oussama Idrissi.

Midtjylland could be the club best placed to challenge for the top spot in the standings this season, as they come into this fixture sitting second in the standings. They have won once and lost once in their opening two fixtures, while they currently boast the best defensive record in the group, having allowed just two goals.

They picked up a huge victory in their previous fixture in the Europa League, as they hammered Italian giants Lazio 5-1 in Denmark. Paulinho opened the scoring for the home side, while Sory Kaba, Evander, Gustav Isaksen and Erik Sviatchenko added further goals in one of their biggest ever European wins.

Midtjylland vs Feyenoord Head to Head

Midtjylland has a poor record against club sides from the Netherlands, as they have been beaten in their previous four fixtures. However, this will be the first time that they come up against Feyenoord in European competition. Feyenoord won their only previous meeting against Danish opposition in the last 16 of the Cup Winners’ Cup in 1981.

The Dutch side will be favoured to get the victory in this fixture on Thursday. However, we could see a potential upset coming in this match, as Midtjylland were excellent in their previous fixture against Lazio. It may be worth siding with the home team on Thursday.

Make sure to bet on Midtjylland vs Feyenoord with 22Bet!