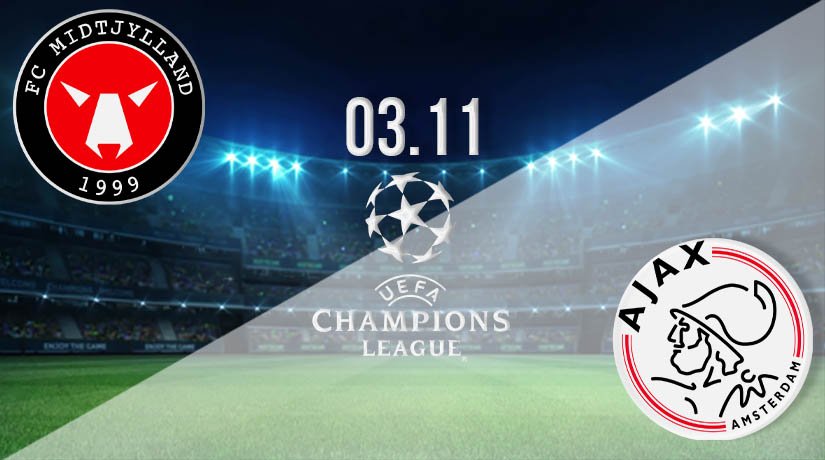 Two sides that are both in desperate need of a win in the Champions League will meet this week, as both sides will be looking to put pressure on the teams currently in the top two spots.

Midtjylland are one of the smallest clubs involved in the Champions League so far, and they have already been struggling in their first two games in the competition. The Danish side are yet to pick up a single point in the competition, as they have lost both of their Group D fixtures so far. They have been defeated by Atalanta and Liverpool, and have conceded six goals in the process.

The Danish side have also failed to score a single goal in either of these two games. They were beaten by Liverpool in their last fixture, as the Reds ran out 2-0 winners at Anfield. If the Danish side have any chance of finishing in the top two, then they will need to claim a home win against their famous Dutch visitors in this fixture.

Ajax have been in excellent form at the start of this season, and they will come into this fixture having scored 20 goals in their previous three games in all competitions. They will be aware that there is a challenge on their hands to finish in the top two of this group though, as they are yet to win in two games. They lost on the opening night to Liverpool, and were held in their second game by Atalanta. However, that away point could prove to be decisive. Dusan Tadic and Lassina Traore scored the goals in that draw for Ajax. Ajax will need to get all three points from this fixture to give themselves the best possible chance of getting through to the next round of the competition.

Midtjylland will be without Jesper Hansen and Junior Brumado for this fixture, with both stars unlikely to return to action until the end of this month. Meanwhile, the Dutch side have just the one injury concern, as Mohammed Kudus remains out with injury.

The Dutch side remains the quality team involved in this fixture, and it’s hard to give any reason for optimism for betting on Midtjylland in this fixture. Ajax will claim a comfortable win, as they get their first three points in the Champions League this season.

Make sure to Midtjylland vs Ajax with 22Bet!