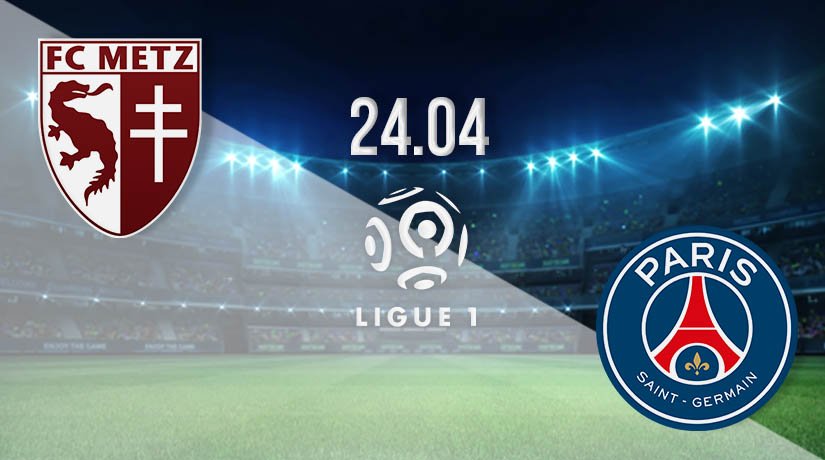 The race for the Ligue 1 title heats up this weekend, as PSG return to league action to take on Metz. Mauricio Pochettino will be hoping that his side can get the three points that they need to go back top of the league standings.

It promises to be one of the most exciting finishes to a Ligue 1 season in many years this campaign. There is a tense four-way fight for the league title, with reigning champions PSG currently sitting a point below Lille. PSG will be aware that every game is a must-win if they are regain their league title this season, and they face a test on the road against Metz this weekend. The French giants have won their last two fixtures in the league, and there was a sense that they were building momentum last time out, as they scored a last minute winner to see off St Etienne. Mauro Icardi’s 95th minute winner in that game saw the bench leap from their seats, as it looked as though the Parisians were set for another draw after St Etienne equalised in the 92nd minute. The late winner could prove to be a crucial moment in the title race this season.

This would have been the fixture that Metz would have been looking to avoid due to the recent form that they have shown. Metz haven’t won in their previous six, and have lost four times during that run of fixtures. They find themselves back in ninth place in the league standings, and could drop down to 12th if results go against them this weekend. They were at least able to end a run of three straight defeats last weekend, as they picked up a point following a 0-0 draw with Reims.

Metz vs PSG Head To Head

PSG have won ten of the eleven matches that they have played against Metz. They have won the last three without conceding a single goal. PSG won the previous meeting between the sides on the third matchday of the season 1-0.

This doesn’t look like the most challenging game to call this weekend, as PSG should surely have enough quality to get the three points that they need to move to the summit. Icardi has been in excellent form in their last two games, as he has scored four goals, and he could once again be on the scoresheet this weekend.

Make sure to bet on Metz vs PSG with 22Bet!