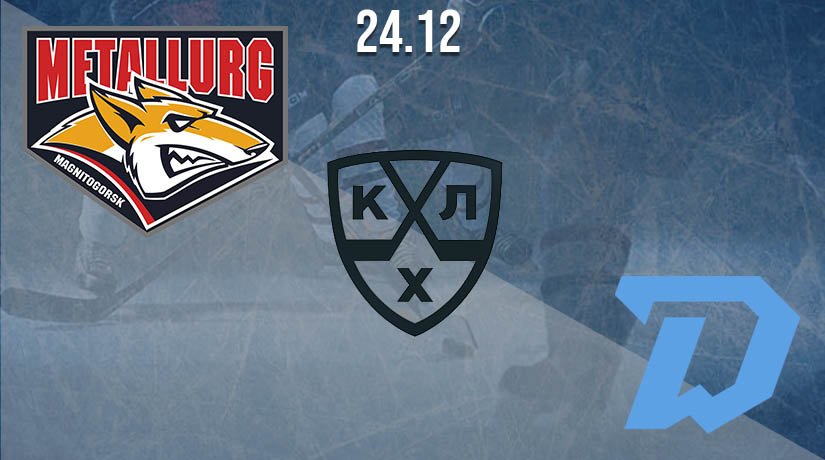 In the next match of the regular KHL season, Metallurg Mg will host Dynamo Minsk. The game will take place at the Metallurg Arena on December 24. Let’s take a closer look at these teams and make an accurate prediction for the outcome of this game.

For 38 matches of the regular championship, the Magnitogorsk team’s earned 48 points. Thanks to this, they are fourth in the Eastern Conference standings.

In one of the last matches in November, Metallurg Mg defeated Neftekhimik on their own ice (6-4). Magnitogorsk began their winning series with this match. After a successful game with Neftekhimik, Ilya Vorobyov’s team defeated Torpedo (4-2), Dynamo Moscow (6-2), SKA (2-1), and Salavat Yulaev (3-1). But on December 9, this winning segment was interrupted due to the defeat by Ak Bars (0-3). Later, Metallurg Mg beat Dynamo Moscow (3-1), and in the last match, the team from Magnitogorsk lost to Avtomobilist (0-4).

The Belarusian club managed to play in 36 regular season matches. The team earned 43 points in all of their games. They are currently in the fifth position in the Western Conference standings.

In December, Dynamo Minsk played six games, and they lost half of those meetings. But at the beginning of this month, a team from Belarus defeated Neftekhimik (5-1). In the next match, Craig Woodcroft’s club defeated CSKA (4-2). And after the meeting with CSKA, the team was defeated by Dynamo Moscow (2-3). Before the national teams break, Dynamo Minsk lost big against Ak Bars (2-7) and beat Kunlun Red Star in shootouts (2: 2, 2: 1). And after the resumption of the KHL, they were defeated by Salavat Yulaev (3-8).

In recent head-to-head meetings, the Minsk team rarely allowed Magnitogorsk to win by a big margin. Only in one match out of the last five, Metallurg secured a 2+ goal advantage. Now the Belarusian club has received additional motivation after previous failures. Minsk team will try to earn points in Magnitogorsk and rehabilitate themselves for a crushing defeat in their last match. Our prediction and bet – the victory of Dynamo Minsk with a handicap +2.