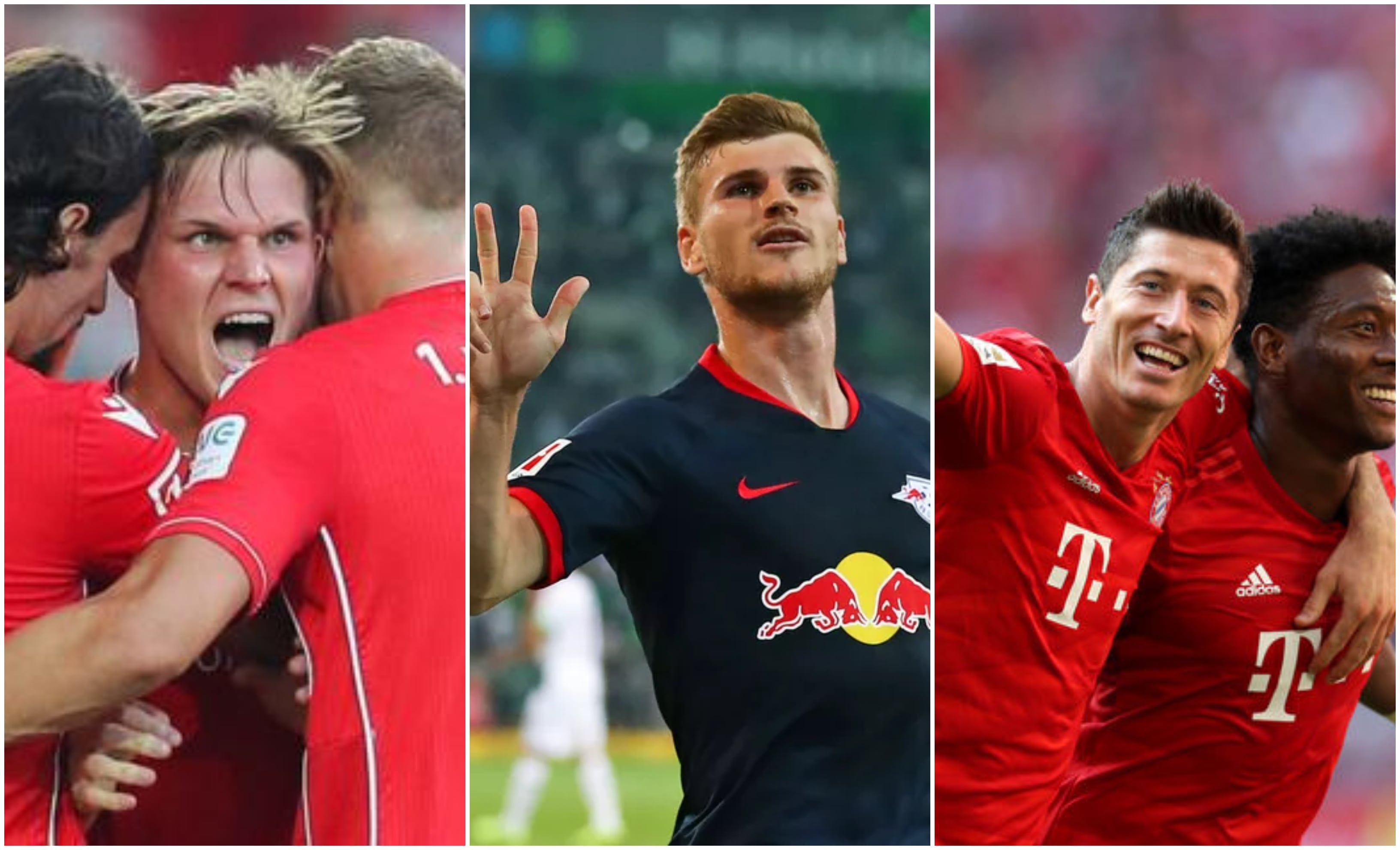 Matchday Three Bundesliga 2019/20 Round Up

Only one team has a 100% record in the Bundesliga heading into the international break, and that side is neither of the teams that most people expected to compete for the title this season of 2019/20.

Leipzig are the only side with a 100% winning record at the start of this season, and once again their star man was Timo Werner. The striker scored a hat-trick for the visitors as they go into the first international break of the season as the league leaders. Breel Embolo scored a late consolation for the hosts, but Leipzig was too good.

Mainz would have been disappointed with their effort in Munich over the past weekend, and their misery would have been compounded as they took an early lead through Jean-Paul Boetius. However, the opener on spurned Munich on and all six goals were scored by different players. Those among the scoring were Benjamin Pavard, David Alaba, Ivan Perisic, Kingsley Coman, Robert Lewandowski and Alphonso Davies.

The biggest shock of the weekend came in the capital as Bundesliga newcomers Union Berlin shocked Borussia Dortmund. Marius Butler put the hosts ahead, before a quickfire equalizer from Paco Alcacer. Butler restored Berlin’s lead in the second half before Sebastian Andersson made sure of the win 15 minutes from time.

Bremen won an entertaining fixture against Augsburg after twice being pegged back. Yuya Osako scored after six minutes before Ruben Vargas equalized. Josh Sargent put the hosts back ahead before Vargas equalized for the second time in the second half. However, Bremen weren’t to be denied and took all three points when Osako scored 20 minutes from time.