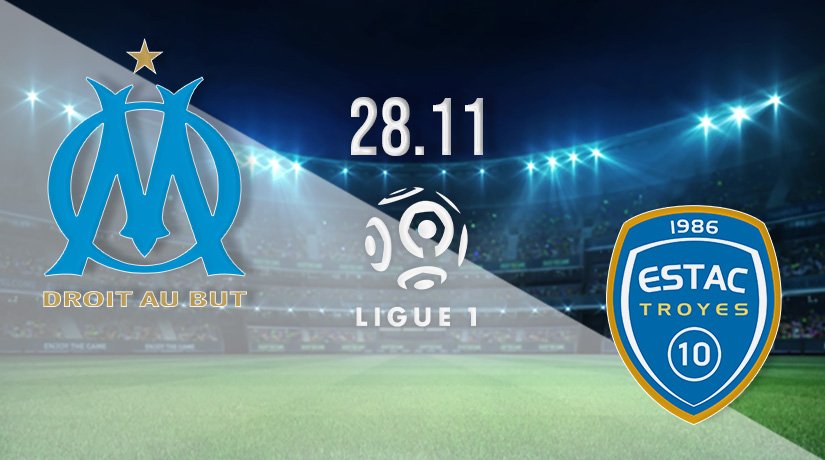 Marseille are back in domestic action in front of their own fans this weekend, as they take on Troyes. It is an important game for both sides, as Troyes will need the points to move clear of the relegation places, while Marseille need a win to close the gap on the teams in the Champions League places.

Marseille have an excellent chance of qualifying for the Champions League this season, but they will need to maintain their excellent form that they have shown throughout this first half of the season to achieve that. Only PSG have lost fewer games than them to this point, but this will be their first proper fixture in the league since the international break.

They came up against Lyon last weekend, but the game was called off after a Lyon fan threw a bottle at Dimitri Payet before he took a corner. It was yet more unsavoury scenes in Ligue 1, and scenes that fans will be hoping that they have seen the end of. Marseille’s first full game back after the international break came in the Europa League on Thursday, as they were beaten 4-2 by Galatasaray away from home.

Troyes are flirting dangerously with the relegation places this season, as they sit in 17th at present, level on points with Clermont. Their superior goal difference is currently keeping them outside of the relegation spots in the French top-flight, but they could drop into the bottom three if they lose this weekend and results go against them.

Marseille vs Troyes Head to Head

Troyes will want to avoid looking at the recent record in this fixture, as they have lost four of the previous five. Marseille have scored at least three in three of those wins, which includes the 6-0 victory that they recorded in August 2015. The only win for Troyes in this fixture since 2007 came in October 2012.

Troyes have a poor record against Marseille, and have also lost their last two games. Therefore, it will be challenging to look past the win for the hosts this weekend in Ligue 1.

Make sure to bet on Marseille vs Troyes with 22Bet!