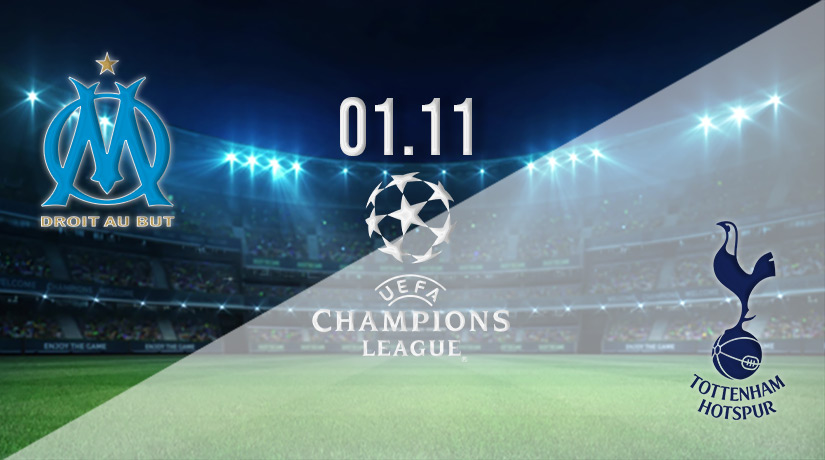 All teams in Group D can still qualify for the knockout stages of the Champions; these being the stakes, Tottenham and Marseille will battle it out at the Stade Velodrome on Tuesday at 21:00 GMT. Neither team can afford to lose the clash, but a draw will only favor Tottenham.

Can Tottenham Regain their Form and Seal Qualification from Group D?

Antonio Conte will be buoyed by his side’s enthralling win at Bournemouth on Saturday and will hope that it will restore their confidence and fighting spirit ahead of the make-or-break clash with Marseille on Tuesday.

Discipline will be crucial for Tottenham against Marseille; they will need to be pragmatic, brave in possession, and aggressive when out of possession. This way, they will control the game while making it hard for Marseille to settle down in their rhythm.

The experienced heads of the team will need to step up and help the team handle the nerves at this stage in front of a raucous crowd at the Velodrome.

Can Marseille Make Home Comforts Count and Get the Win they Need to Qualify from the Group?

Marseille will be looking to leverage the home crowd and atmosphere to drive them to the victory they need to seal qualification.

Igor Tudor will be aware of the danger posed by Tottenham. While preparing to nullify this danger, the gaffer will also be focused on ensuring that Marseille do not pay them too much respect.

There is a need for Marseille to attack the game and put Tottenham under pressure from the first minute.

Their defense will need to be on alert to handle the pace Tottenham possess, especially on the break or when possession turns over. Counter-pressing will be important in stopping these transitions at the source.

Marseille opened their Group D campaign with two straight defeats. They responded with two wins on the trot. They lost in matchday 5 away to Eintracht Frankfurt, which put them on the back foot and needing to win their final match to qualify from the group.

They have scored seven goals in five outings while conceding six times. Although their defensive structure has been good, their attack has not been as prolific as hoped to propel them to direct qualification.

They are currently bottom of the table with 6 points, two behind their Tuesday opponents Tottenham.

Tottenham are Group D leaders with 8 points. They have won twice, drawn twice, and lost once. They have scored six goals and conceded 5.

Their inconsistent form means that they go into matchday 6 needing at least a draw to guarantee their place in the top two of the group.

Tottenham’s form domestically has suffered in recent matches. They have won once in their last three matches, with the remaining two being defeats. They are currently three points behind league leaders Man City.

Payet will offer the spark and creativity Marseille need to break down Tottenham. Although Marseille will seek to be defensively astute, they will need an attacking presence to bolster their chances of creating chances and scoring goals.

The French international will also be important in pressing and ensuring that the Tottenham midfield do not get a free pass.

Payet will be instrumental for Marseille if they are to take anything from this match.

The England captain will be instrumental for Tottenham if they are to bolster their chances of winning the match.

Apart from his goal-scoring, cutting-edge, and leadership qualities, Kane offers a massive creative outlet for other Tottenham attacking players.

His connection with other attackers like Son is telepathic at times, which comes in handy when breaking down dogged defenses as the one Marseille will pose on Tuesday.

Marseille will be pragmatic in their approach. The focus will be to ensure that they do not give away cheap chances to Tottenham.

Tottenham will start the match tentatively and the clash will be a cagey affair early on. They will seek to create chances without being too open.

Tottenham will win the match and qualify as group leaders from Group D.

Make sure to bet on Marseille vs Tottenham with 22Bet!