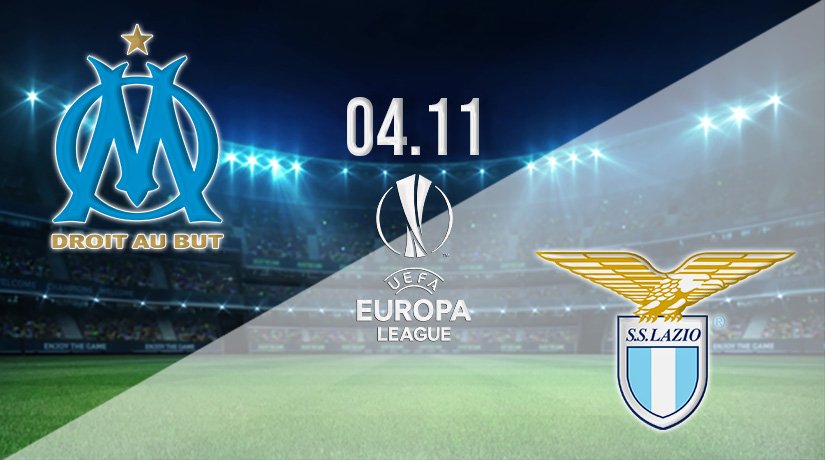 The hot competition for qualification from Group E returns on Thursday as Marseille’s Stade Vélodrome plays host to Lazio in France at 21:00 GMT.

When the two sides met on matchday 3 in Italy, the result was a goalless stalemate. A win for either side will go a long way in deciding the group.

As things stand, Lazio are second in Group E with 4 points behind Galatasary with 7 points, while Marseille are in the third spot with 3 points.

Can Marseille Notch the First Win in this Season’s Europa League?

Olympique de Marseille kept up the chase for Champions League qualification with a fine 1-0 win at Clermont Foot. Jorge Sampaoli’s men are in the third position after 12 matches, one point behind second-placed Nice.

Having had three draws in the Europa League this season, including the away outing against Lazio, Marseille have to notch some wins to stand a chance of progressing in the competition.

Jorge Sampaoli has to find a balance between attack and defensive solidity to stand a chance of getting a result against an equally good Lazio side under Maurizio Sarri, who won the competition at Chelsea.

Can Lazio Solidify Their Position in Group E?

Lazio have had a decent start to their Serie A season. Although many expected them to kick on from their 6th place finish in the 2020-21 season and challenge for the Champions League places, their current 6th position on the Serie A league table shows that they have maintained their consistency.

Maurizio Sarri’s men will have to improve their performance at home against Marseille to stand a chance of taking something from the Stade Vélodrome.

The form table shows that Marseille has won two, drawn three, and registered zero losses in all competitions in the last five matches. On the downside, they haven’t had enough wins to impact Ligue 1 or the Europa League.

In Ligue 1, Marseille’s form shows that, in their last five matches, they have won three, drawn one, and lost one.

In this season’s Europa League campaign, Jorge Sampaoli’s men have had three draws out of the three outings so far.

In the last five outings in all competitions, Lazio have had two wins, two draws, and one loss. The solitary defeat in his run came away at Verona in Serie A.

In Serie A, Lazio are in 6th place with 18 points after 11 matches. Maurizio Sarri’s men are 13 points off the top of the table and one point off the Champions League places.

With just a point separating Lazio in second place to Marseille in third, this match will be crucial in shaping qualification for later stages of the Europa League.

Marseille do not have any injury or suspension worries to trouble them ahead of the match against Lazio. However, Jorge Sampaoli will be worried about rotation and managing the workload of some of his key men.

The lead-up to the Marseille vs. Lazio match has been characterized by hatred after the French authorities banned Lazio fans from traveling to France’s south coast port city to attend the match.

This ban mirrors what the Italian authorities did in the first leg of the match in Italy when Marseille fans were banned from attending the match in Rome on October 21st.

Without the away support, the partisan crowd in the Stade Vélodrome will likely play a significant role in influencing the match as the 12th man for Marseille.

Dimitri Payet is the leading man for Jorge Sampaoli and Marseille. His attacking drives, on-field relationship with Arkadiusz Milik and Gerson, and his goal-scoring are crucial assets that Marseille have relied on this season in Ligue 1.

The hopes for Marseille’s success against Lazio will depend on the performance of Payet and how he dovetails with Milik to break down Lazio’s defense.

Milik provides a crucial reference point at the top of the attack for Marseille; however, Payet provides the guile, invention, and mobility required to turn the Marseille forward line into a potent one.

The danger man for Maurizio Sarri is Immobile. Fresh from a successful Euros campaign with Italy, Immobile has been key to the performances of Lazio this term, and especially his combination with Pedro and Anderson on the wings and Milinkovic-Savic’s runs from midfield.

Maurizio Sarri’s 4-3-3 system depends on having a mobile striker that can combine well with the wide players and the midfield. The pressing aspect of this system also requires the striker to do their bit in closing down the play from the back.

Ciro Immobile is instrumental in providing these aspects of the game and still offering a goal threat inside the box, including a potent aerial prowess to add to the Lazio armory.

Immobile will have to play well for Lazio to stand a chance of getting something in Marseille.

Expect Marseille to come off the blocks with intent as they seek to edge this crucial tie. Lazio will continue to implement Maurizio Sarri’s system of high pressing, vertical passing, and maintaining possession.

The fans inside the Stade Vélodrome will be loud and partisan – the proverbial 12th man for Marseille.

Marseille under Jorge Sampaoli can display a disciplined performance, which will serve them well to take all three points in this match.

Make sure to bet on Marseille vs Lazio with 22Bet!