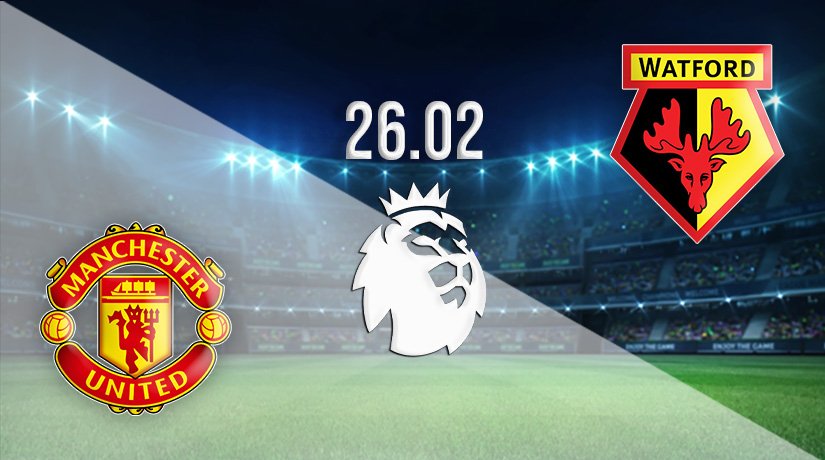 The advantage is firmly with Manchester United in the race to finish in the Champions League positions this season. The Red Devils are sitting fourth in the standings, and will be looking for a third straight win in the league at Old Trafford against Watford on Saturday.

Despite the performances often being underwhelming, Ralf Rangnick has done a fine job of picking up results since taking over at Manchester United. The club have lost just twice in all competitions since his arrival, with those defeats coming against Wolves and Middlesbrough.

There was a show of the character within the changing room in midweek, as United fought for a point away from home against Atletico Madrid. The impressive Anthony Elanga once again pressed home his claims to be involved in the starting eleven, as he came off the bench to score the crucial equaliser.

United have won their last two in the Premier League, which includes a stunning 4-2 win away from home against Leeds United last weekend. The Red Devils gave up a 2-0 lead in that fixture, before scoring twice in the final 20 minutes to win the game. Fred and Elanga came off the bench to score the goals.

Watford remain in severe danger of being relegated this season, as they sit in the bottom three places of the Premier League. The Hornets are four points from safety, and have played at least one more game than the sides around them.

Their survival hopes were dealt a massive blow in midweek, as they were hammered at Vicarage Road by Crystal Palace. The Eagles beat Watford 4-1, despite the Hornets equalising in the game after 20 minutes through Moussa Sissoko. However, Watford failed to build on that momentum and fell to pieces in the second period.

Watford will be looking to do the Premier League double over Manchester United for the first time in their history this weekend. They won earlier in the season 4-1, which spelt the end of the Ole Gunnar Solskjaer-era. However, United have won the last five matches between the sides at Old Trafford without conceding a goal.

United look hard to oppose this weekend as they have an incredibly strong home record against the Hornets. We expect the hosts to take the points, and it could result in a comfortable 3-0 win.

Make sure to bet on Manchester United vs Watford with 22Bet!