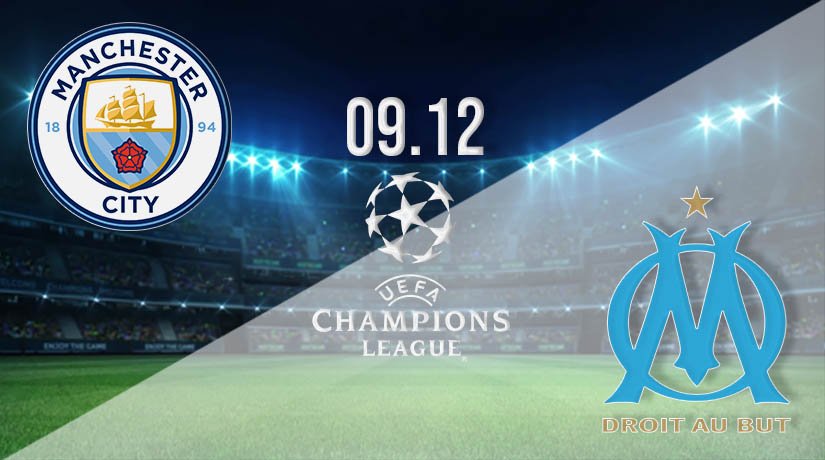 Two giants of European football clash in the Champions League on Wednesday evening at the Etihad Stadium when Manchester City play host to Marseille. The Group C rivals meet from 20:00 GMT as both clubs battle to sign off with a win. The English Premier League team are currently top of the pool with their French Ligue 1 opponents bottom. Will the result of this game reflect that?

Manchester City are in pole position in the group and have already qualified for the knockout stages of the Champions League. They have won four and drawn one of their opening five games, scoring 10 goals and conceding only one in the process. Those stats make Man City one of the competition’s form sides as Pep Guardiola’s men send out a message of intent. They see this as the season they will finally get their hands on the Champions League trophy.

The Cityzens won their first four matches but were held to a draw last time out when ending all square with FC Porto a week ago. That game was goalless, but City were able to bounce back to winning ways at the earliest opportunity, beating London club Fulham 2-0 on Saturday in the English Premier League thanks to goals from Sterling and De Bruyne.

Marseille are struggling at the bottom of the group and they travel to England having won one game and lost four so far, scoring only two goals but leaking 10. They are in fourth place with three points on the board but are level with Olympiakos in third meaning they have a chance to secure a Europa League consolation prize.

To have any chance of achieving that the French side must get something in Manchester and hope Olympiakos lose against Porto in the group’s other game. The visitors did secure a crucial win in their last outing at this level and that overdue three points would have given the squad some much-needed confidence ahead of this trip.

Man City are the home team and boast much the better form of the two clubs involved in this match. All the pressure is on Marseille who know they must get at least a point out of this game if they are to trouble Olympiakos in third.

Make sure to bet on Man City vs Marseille with 22Bet!