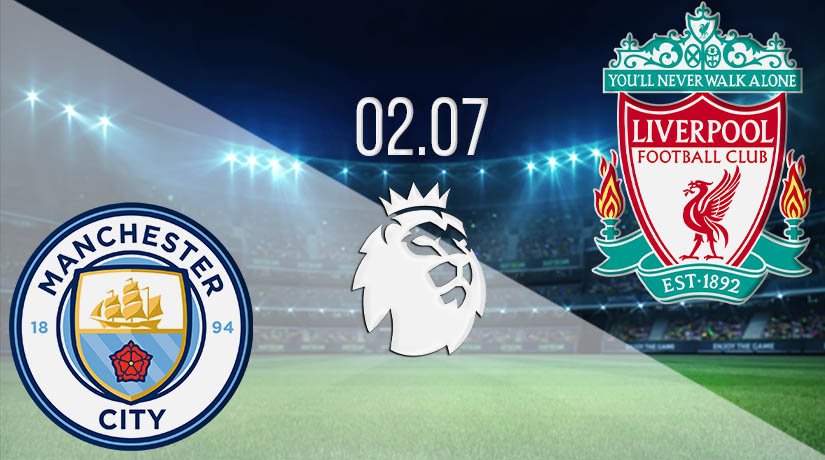 This match would have been an ideal decisive game for The Reds to seal their EPL title on their contender’s ground, if The Citizens had not lost the game against Chelsea last week. Yet, since the title race was over, it would only be the match with the guard of honor for Klopp’s men as a token of respect from the host for their recent success.

Manchester City booked their semifinal spot in this year’s FA Cup after crushing Newcastle United on the road by two goals to nil. Kevin de Bruyne’s penalty and Raheem Sterling’s strike were the ones that made the difference.

Liverpool marked their return in Anfield after the lockdown with a big win over Crystal Palace. They hammered the Eagles 4-0 by the goals of Alexandre-Arnold, Mo Salah, Fabinho and last but not least their Senegalese star, Sadio Mane. Such stretched their gap with their closest rival which eventually helped them seal the title earlier.

Pep Guardiola consistently opts for 4-3-3- relying on a number of versatile forwards and midfielders such as Raheem Sterling, Kevin De Bruyne, Bernardo Silva and Phil Foden. It is the advantage for he could easily pick the ones for the starting IX without worrying about the quality. However, Sergio Aguero and Fernandinho are still on the sideline which might only give a slight impact on their system.

Jurgen Klopp shares his rival’s preference on 4-3-3 with the deadly trident Mo Salah, Firmino and Sadio Mane. The Reds rely on the counter pressing football as always and will certainly continue to do so as expected. However, they have a bit of crisis at the back as Nathaniel Clyne, James Milner and Joel Matip are sidelined. The supposedly supersub, Xerdan Shaqiri, is still on the injury table too.

On Guardiola’s side, the Brasilian Gabriel Jesus is expected to fill in Aguero’s position in the starting IX. He has bagged ten goals and five assists in EPL. Some other key figures to watch are Raheem Sterling, Kevin de Bruyne and the English youngster who has contributed fairly well lately, Phil Foden.

It is the perfect chance for the Reds to show that they deserve the crown and domination on their contender’s home turf. There is no better time for being crowned in Etihad than now. Thus, Klopp’s men will strive to steal three points here though Kevin De Bruyne and Co absolutely won’t let that happen. In the end, both might just share one point each

Klopp’s men are still the favourite despite playing away. They are backed to win at 3.35, whereas the host is in the win market at 2.00. The odds for the draw result are at the value of 3.90.

Make sure to bet on Manchester City vs Liverpool with 22Bet!