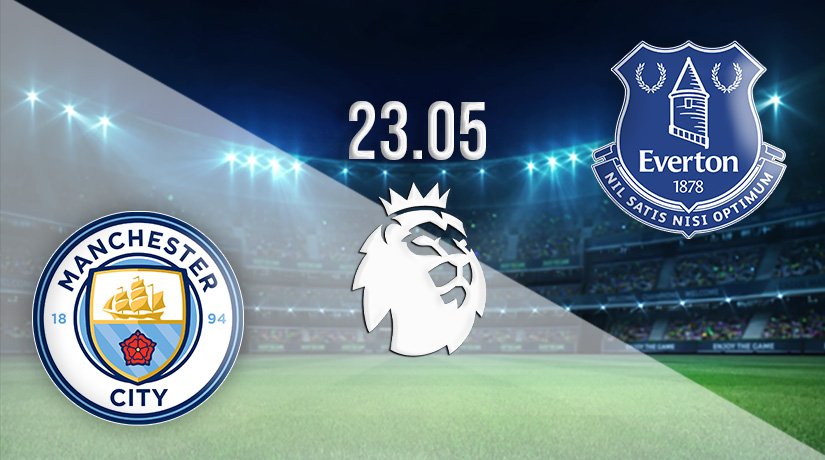 Manchester City will finally get their hands on the Premier League title this weekend, as they host Everton at the Etihad Stadium on the final day of the domestic season.

There will be a party atmosphere inside the Etihad on Sunday afternoon, as Manchester City welcome their fans back to the stadium for the first time in over a year. City will also pick up their third league title in four seasons on Sunday afternoon after another incredible season under the stewardship of Pep Guardiola. City still have a date with destiny to look forward to in just over ten days time, as they face Chelsea in the Champions League final. Guardiola could opt to make a number of changes to ensure that his key players are fit for the final in Portugal. City come into their final game of the season after suffering two defeats in three, which includes their capitulation against Brighton & Hove Albion in midweek. Guardiola’s side race into a 2-0 lead, before the home side came fighting back in the second half to win 3-2.

Everton’s European dream is almost over coming into the final weekend of the season. They could still qualify for the inaugural Conference League, which will take place for the first time next season. The Toffees have been disappointing in recent weeks, and have lost two on their last four. They have won just once during that run of results, and were shockingly beaten in their previous home game, as they went down 1-0 to Sheffield United. Everton will be hoping for a stronger run at the top-four next season, but the summer transfer window could be crucial to their chances of achieving that.

Everton’s record against Manchester City is very weak. City have won the last seven against the Toffees in all competitions, which includes the FA Cup success that they achieved against Everton at Goodison Park in March. Everton’s last win against City came back in January 2017, which remains one of Guardiola’s heaviest defeats as City manager, as the Toffees won 4-0 at Goodison.

City will be looking to sign off from the season with a final league victory on Sunday. Everton’s recent form has been very poor, and we are struggling to think of a single reason that they could take maximum points this weekend. The home side should get a big win.

Make sure to bet on Manchester City vs Everton with 22Bet!