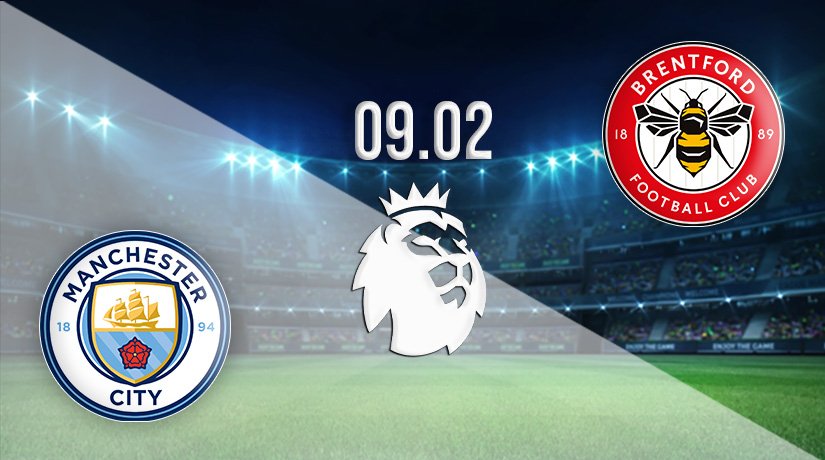 Manchester City will be hoping to bounce back to winning ways after dropping points in their latest Premier League outing on Wednesday evening when they welcome Brentford to the Etihad. The visitors will be looking to end a four-game losing run.

Manchester City are still fighting on three fronts this season, and currently boast a nine-point advantage over Liverpool. However, the game that the Reds have in hand could yet be pivotal, as Jurgen Klopp chases a second Premier League title in three seasons.

City saw their winning run ended in their latest Premier League outing, as they could only draw on the road against Southampton. It turned out to be a disappointing weekend for City, as both Liverpool and Chelsea picked up victories to cut away at the advantage that Pep Guardiola’s side has at the summit.

However, City looked strong on their return to domestic action at the weekend, as they eased past Fulham to win 4-1 in the fourth round of the FA Cup. Riyad Mahrez scored twice in his first game after coming back from the Africa Cup of Nations, while Ilkay Gundogen and John Stones also found the net on a comfortable afternoon.

Concern may be growing that Brentford could get sucked into a relegation battle this season, as they have been in disappointing form over their last four fixtures in the league. The Bees have lost four on the bounce, which is the worst record of any side in the Premier League over the same period.

Their latest league defeat came at home against Wolverhampton Wanderers, while they were beaten once again on the road at the weekend, as Everton claimed a huge 4-1 win in the fourth round of the FA Cup. Brentford have now conceded eleven in their last four in all competitions.

This is only the 15th meeting between the sides. City picked up an eighth win, and a third straight success after claiming a 1-0 victory earlier in the season. Brentford’s last victory against City came in the League Cup in September 1989, while they haven’t beaten them in a league fixture since 1951.

It is hard to see anything other than a victory for Manchester City on Wednesday night. Brentford have struggled in recent weeks, and their poor defensive record is likely the pivotal factor for this fixture at the Etihad.

Make sure to bet on Manchester City vs Brentford with 22Bet!