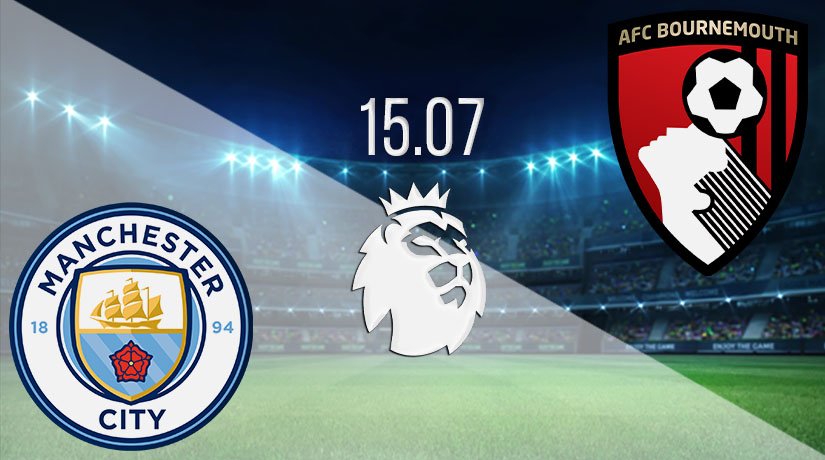 Bournemouth have been given a glimmer of hope in their bid to survive in the Premier League this season, but Eddie Howe will be aware that there is still a tough challenge ahead for the Cherries. They will be looking to get an unlikely result at the Etihad on Wednesday.

Bournemouth remain alive in the Premier League relegation battle as they produced a stunning performance to beat Leicester City on Sunday afternoon. The Cherries looked dead and buried after they went behind in the first half as Jamie Vardy handed the Foxes the lead. However, they produced an unlikely turn around the second half as they scored four unanswered goals. Junior Stanislas scored their first, before Dominic Solanke scored his first two Premier League goals for the Cherries. It will still be an uphill battle for the Cherries as they have a three-point gap to make up over the closing weeks of the season. However, they are now unbeaten in two, which will give them confidence ahead of their trip to the Etihad.

City have been in decent form since the restart, and they have won three of their previous five. Pep Guardiola’s side will still be targeting big successes this season, as they have an important FA Cup semi-final coming up next weekend against Arsenal. City ended their recent struggles away from home in their last league game as they handed out a 5-0 defeat to Brighton & Hove Albion at the Amex. Raheem Sterling scored a hat-trick in that success, while there were also goals for Gabriel Jesus and Bernardo Silva. It was the second consecutive game that City have won 5-0, and Bournemouth will be hoping that they can stop the Citizens winning a third in a row with the same scoreline.

Bournemouth have never beaten City in the Premier League as they have lost all nine meetings. The Cherries have only scored four goals in these meetings. City won the match earlier in the season 3-1.

Manchester City will be the heavy favourites to pick up the three points from this fixture, and it would seem incredibly unlikely that the Cherries will be able to get anything. City have showcased some of their best form over recent weeks and if they match that again on Wednesday, then it could be another big win for the home side.

Make sure to bet on Manchester City vs Bournemouth with 22Bet!