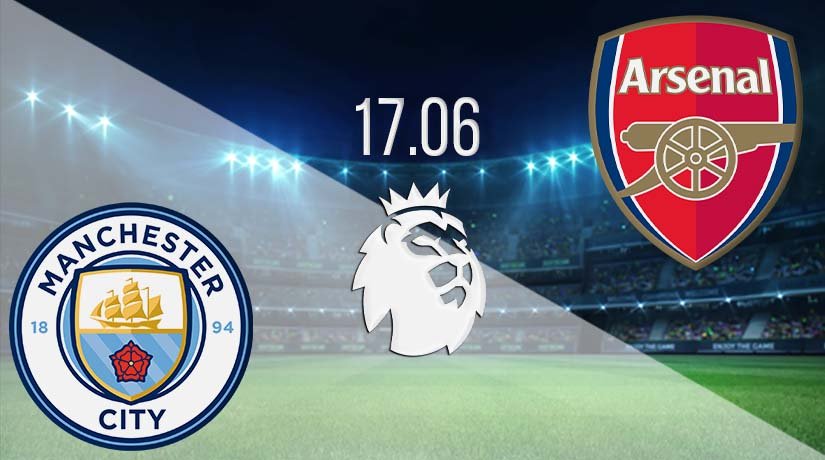 The Premier League finally gets back underway this week, and on opening night there is an enticing fixture between Manchester City and Arsenal. The Gunners are still hoping that they can break into the European places, while Liverpool fans will also be watching on hoping for an Arsenal win.

Manchester City have very little left to play for in the Premier League as they already look like certainties to finish in second spot ahead of Leicester City. However, while they may qualify for the Champions League, whether they are able to play in the competition will likely be decided next month by UEFA. City come into the restart in good condition as they have a fully fit Leroy Sane back within their ranks, and he could be crucial to them achieving their goals this season.

However, Pep Guardiola’s side were in indifferent form before the break as they had lost two on their last four. Their last outing in the Premier League was their derby defeat to Manchester United. However, they will be hopeful of returning back to winning ways, as defeat could mean that Liverpool are crowned champions on Sunday.

Arsenal have enjoyed a strong start to 2020 so far, as Mikel Arteta’s side are unbeaten domestically. Their form in the Premier League did pick up before the break as they had won their last three, and that has moved them to within five points of Manchester United.

However, they will still have a fight on their hands to finish in the European places as they will be relying on teams above them to drop points frequently. The final part of the season will likely be used by Arteta to determine which members of this squad will still be at the club next season. A win over his former employers would certainly indicate that there has been improvement under the new Arsenal manager.

The Gunners have endured some embarrassing trips to the Etihad over the past ten seasons. City have won the last six against Arsenal, while the Gunners last win at the Etihad came back in 2015, which was also the last time that Arsenal beat City in the league,

Arsenal have come a long way under Mikel Arteta, but there is still a very long way to go. Defensively they aren’t solid enough to hold out Manchester City, which means Guardiola’s side will likely win this fixture by a couple of goals.

Make sure to bet on Manchester City vs Arsenal with 22Bet!